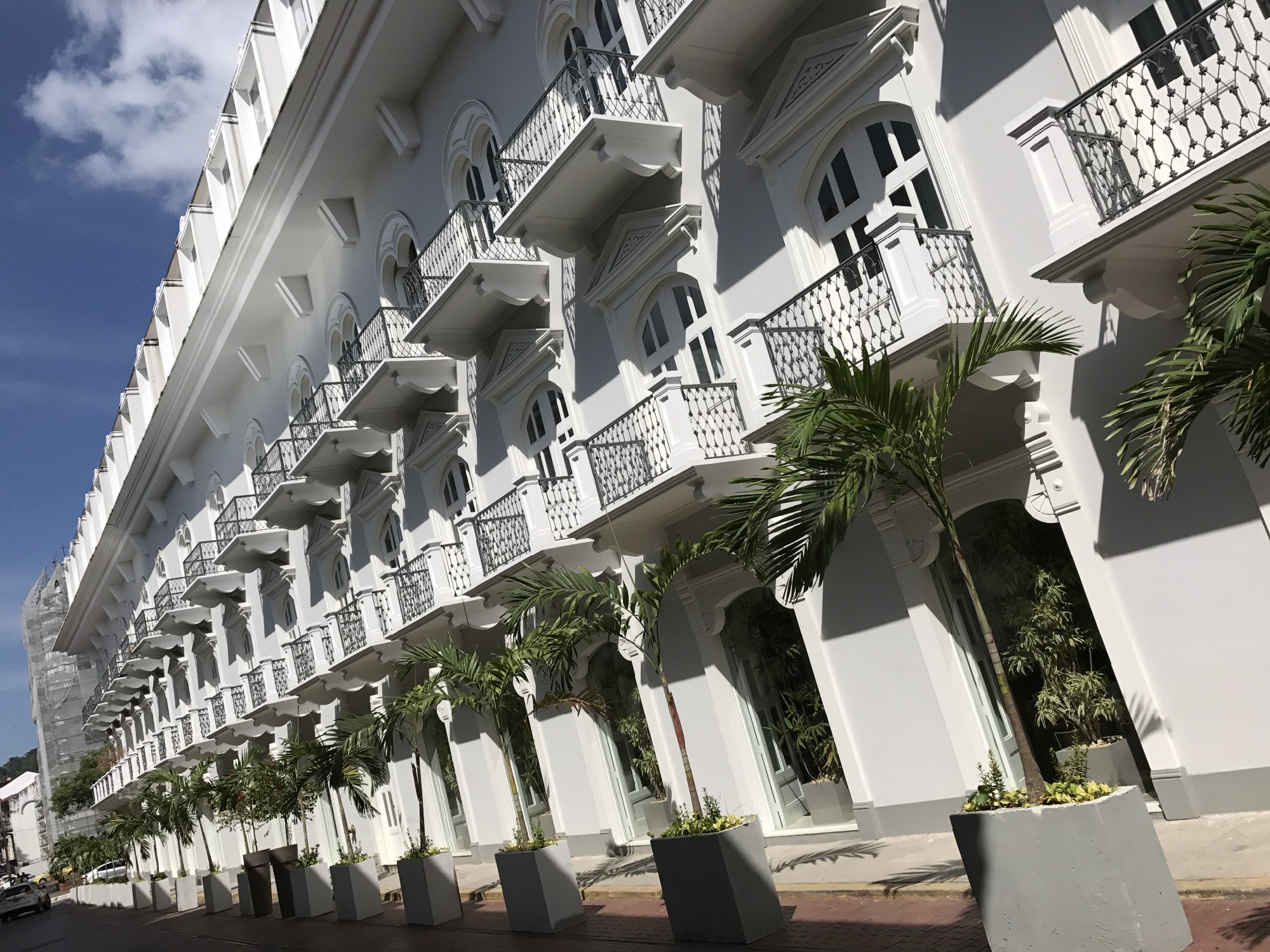 Off to Panama! Leaving Munich early bird at 3.30 a.m…. Snow stork outside. At home, I was picked  up by a 17 years old Audi 80 car – no quattro – wondering if we will make it to the airport with it. 😉 Flying with KLM via Amsterdam. Good start. One intermediate Heineken at Amsterdam airport. Finally landing in Panama after flying circles because of an emergency at Panama international airport. Oxygen masks werde coming out of the plain. Ist this normal? Well, welcome to middle America, in a different and not so structured world. Haha.

I asked for an AirBnB while transferring in Amsterdam, and was now wondering if it has been confirmed. Yeah, it was NOT! Haha. Going through the security checks, the question was raised by this angry looking old lady: ….Casa,… Hotel,…. Donde….?! Ähmm… She was like Gandalf: “You shall not pass!” Well, did I state that I do not speak Spanish, yet… So, let’s make something up to make some progress here. Who goes wild? Do it! 🙂

“Grab your backpack and get out of this place”, I thought. Luckily they had WiFi at the airport. So let’s book a hostel and move to the bus. This backpack with all my leftover belongings s still way too heavy. Walking outside at 32 degree and 70% humidity kills you. On the way to the bus I met two guys, I said “Hola!” They were answering and from their pronunciation it was easy to figure: Germans. 🙂 “Let’s share a taxi as the bus ticketing system is way too complex.” “Cool”, I said. And this is how networking with travellers started. I told them some stories of mine and they gave me their Lonely Planet that they used for their recent travels. They should fly to Germany in two days.

I was happy after a good long nap in Cocos hostel (ironic somehow). I got up early, in jet lag, but still full of energy to explore this Caribbean western style city of Panama. Awesome, this contrast of sky-scrapers and palm trees. 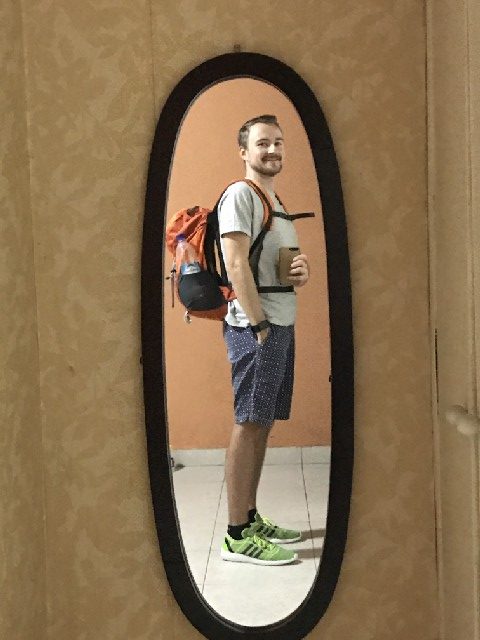 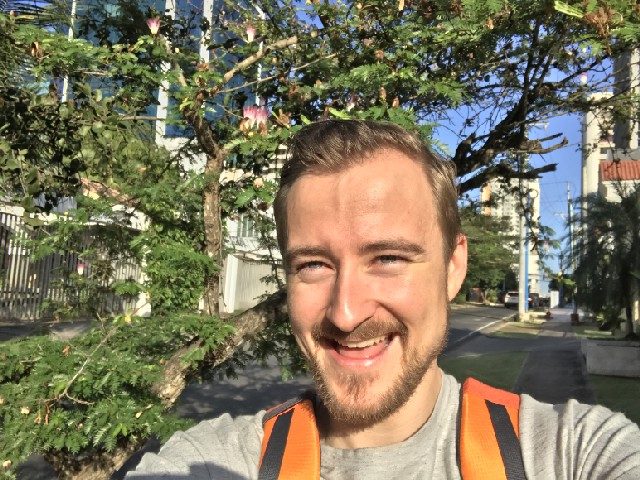 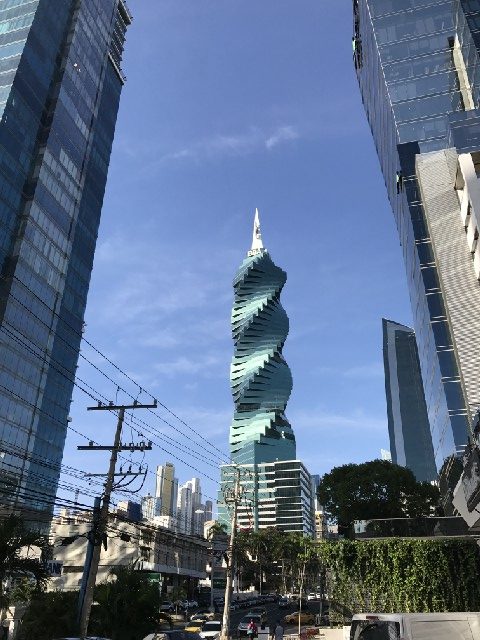 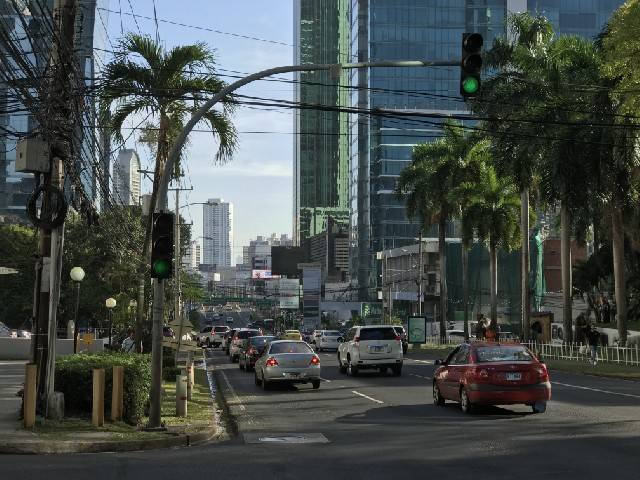 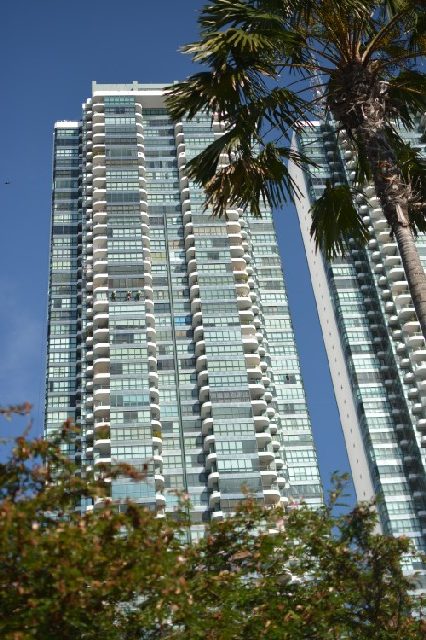 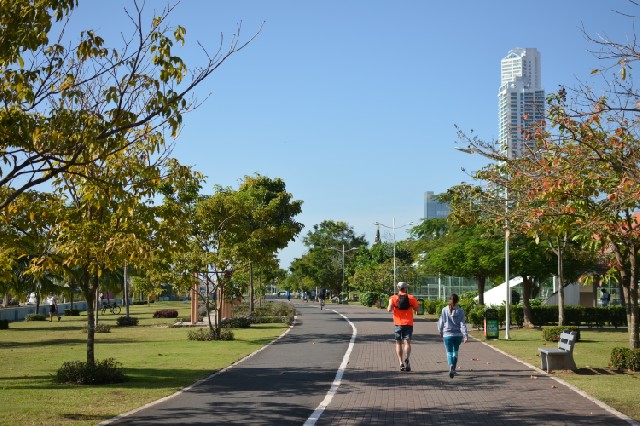 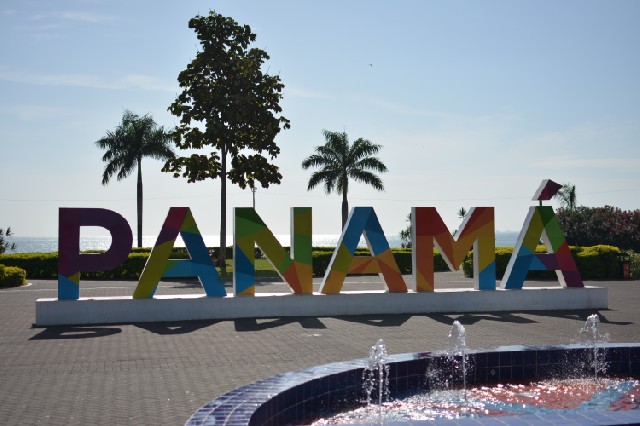 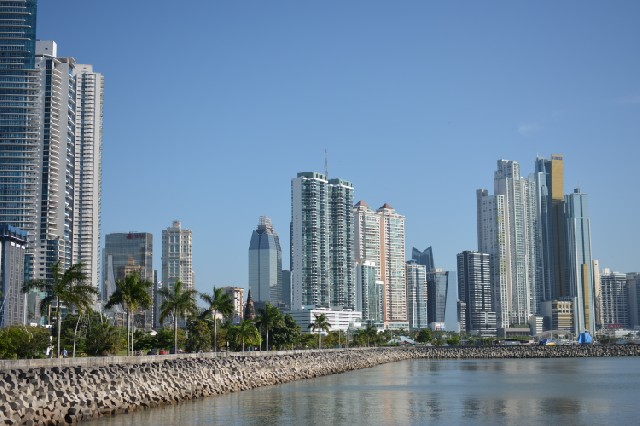 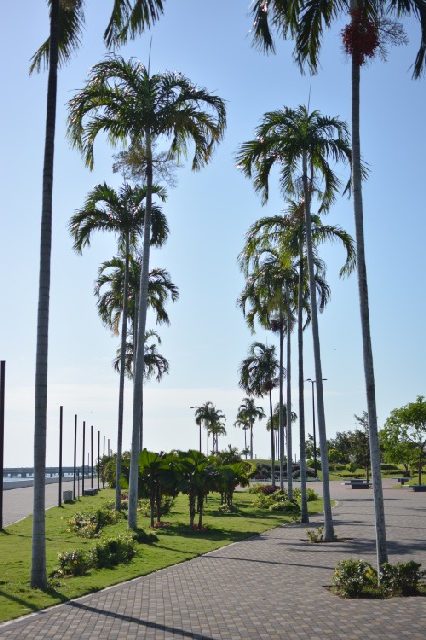 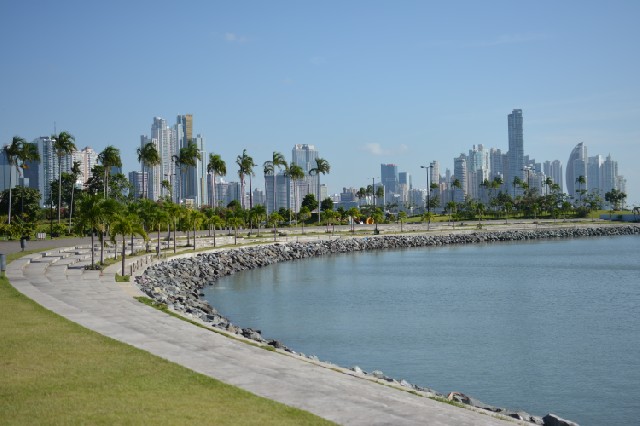 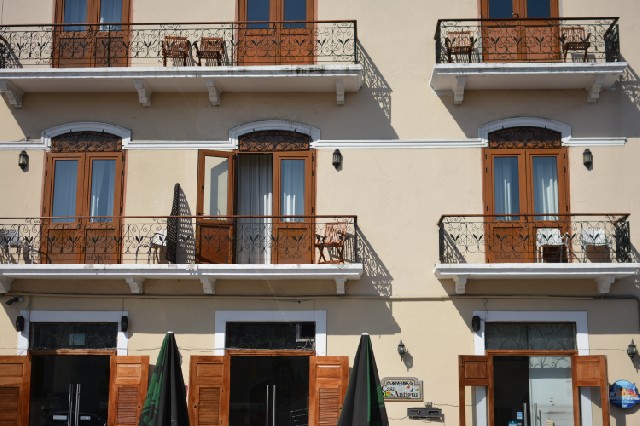 My not used adiddas sneakers. Fresh and shiny. We’ll see how they look like in the end of the trip. 🙂 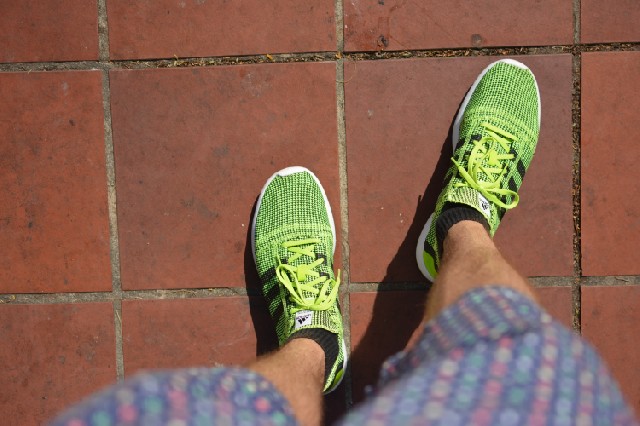 Walking towards Casco Viejo – kind of the old town of Panama City. I knew that there is a Spanish Language school around. Let’s explore and sign in to some classes. This language shool is pretty nice and promised some family style and small group learning. Read mor about it in a different post. My Garmin Vivoactive fitness watch promised a walking distance of 21 km that day.

Well you will get the contrasts in the old town way better by the pictures than by my words. Casco Viejo: 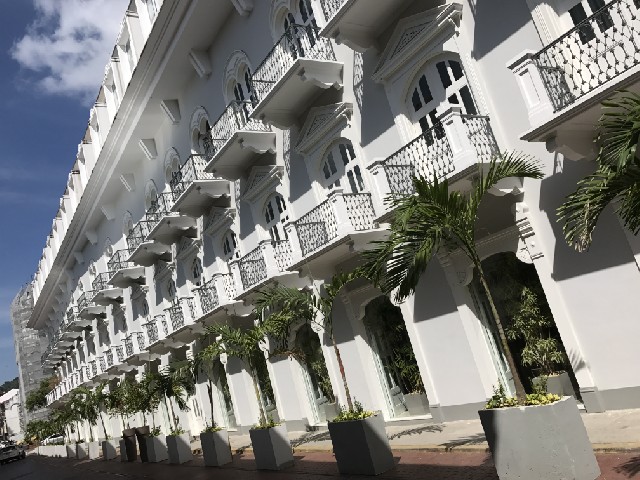 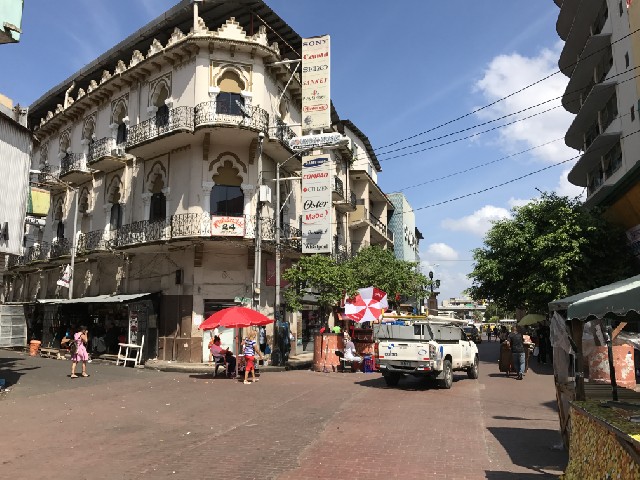 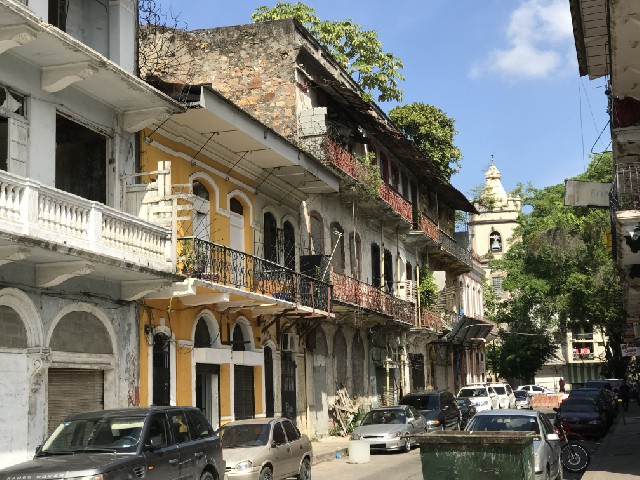 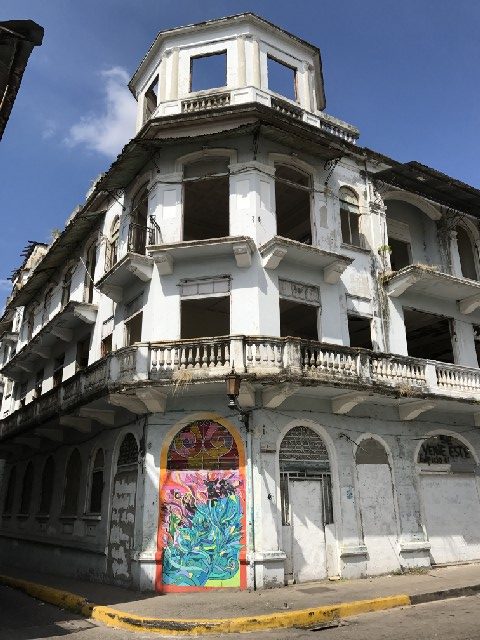 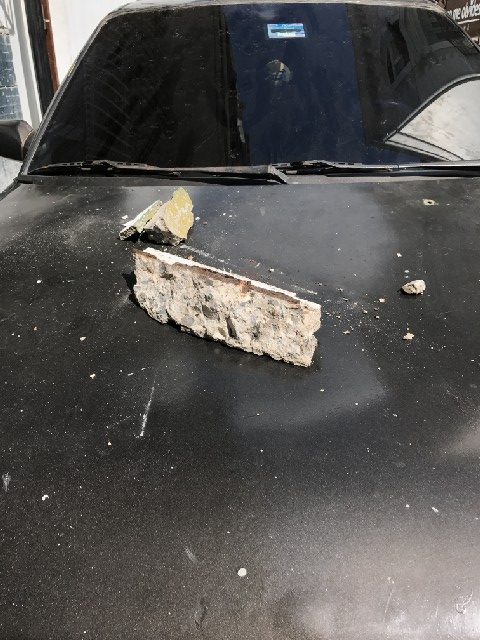 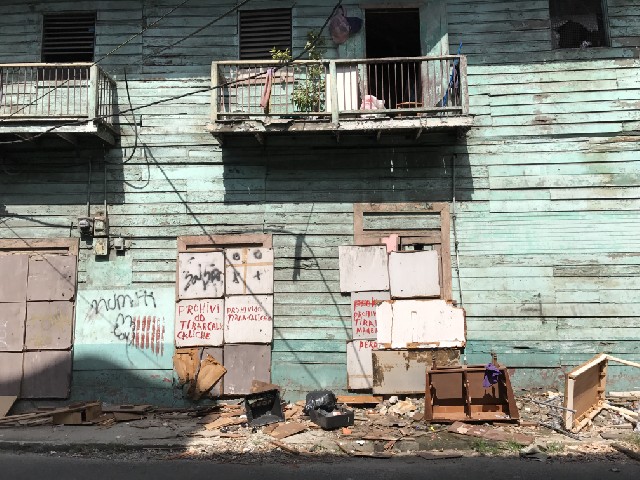 What people do, is sometimes more than questionable: 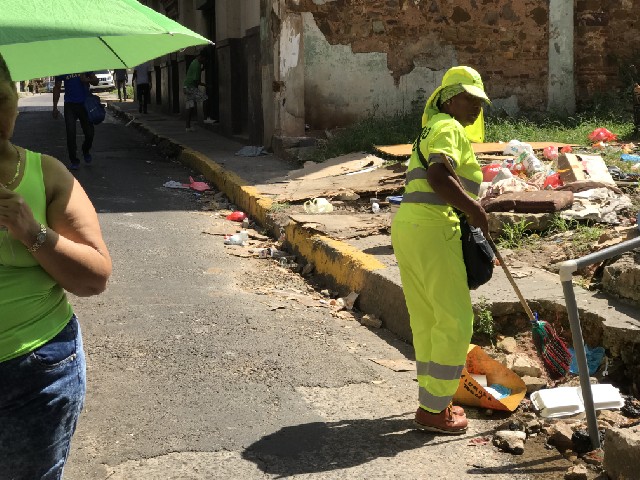 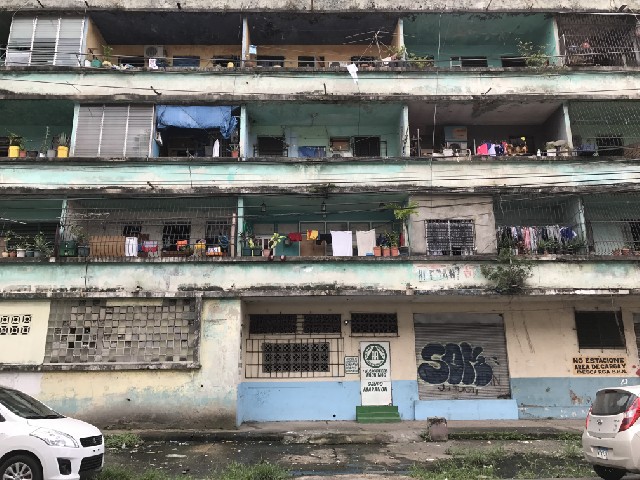 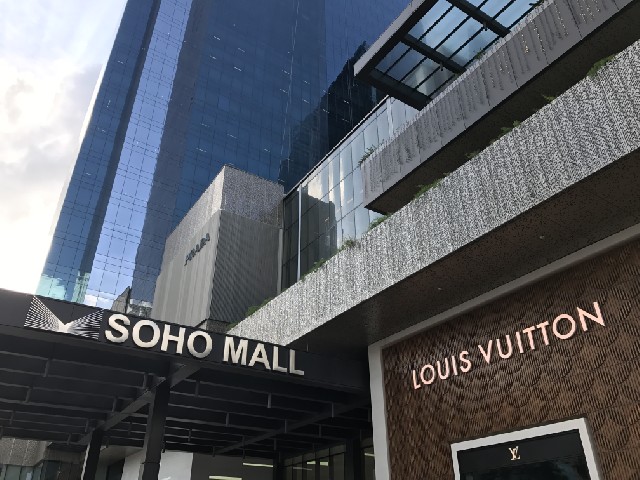 I met this guy from Germany (yes, Germans are everywhere :-)), Jonas, in a kind of pub. We had a beer. He suggested to get some local fish. “Ceviche. Raw fish, finished in Citrus”, he continued. Well, some parasites would be wild, I thought. Haha. We went to the original fish market, where the fisher man land their fresh fish every morning. I can tell: Ceviche is delicious. Me gusto mucho. This was not the last time I enjoyed it. 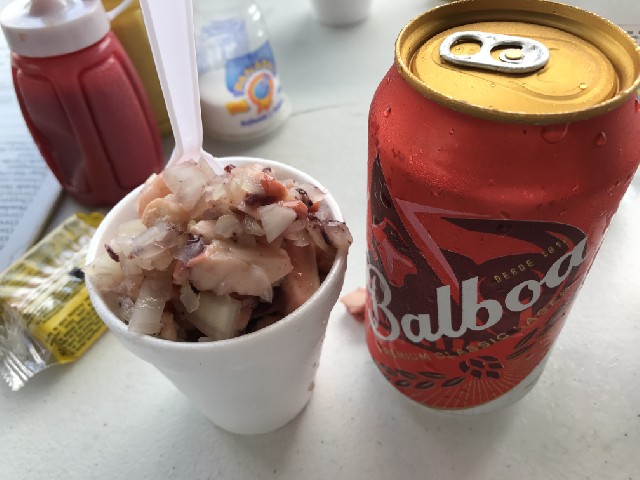 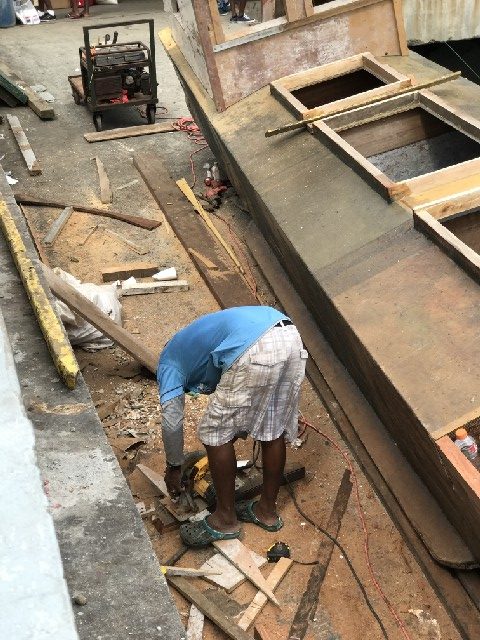 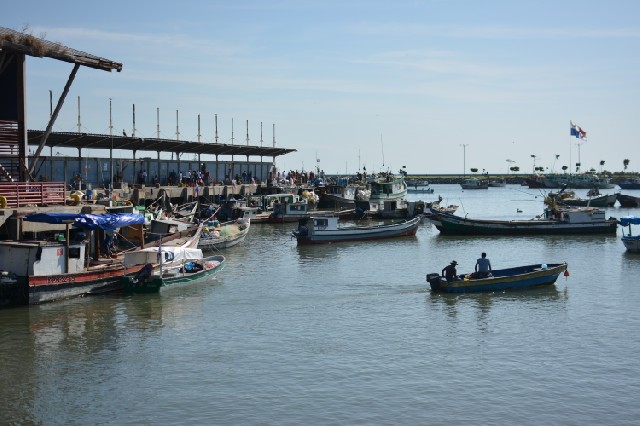 That evening I was about to met my friend Elo again. Yeah! We got to know at university in Sweden. A very powerful and positive person. We went out to get some fresh fish and some beers at night with a good friend of her. With her kindness, she invited me to a trip for the weekend ahead. I drove to the hostel with Uber, which is the only way of safe travelling here if you don’t speak Spanish and don’t have muscles like Arnold Schwarzenegger. Local experiences started. Nice!

Continue the story in Santa Catalina and Sona…