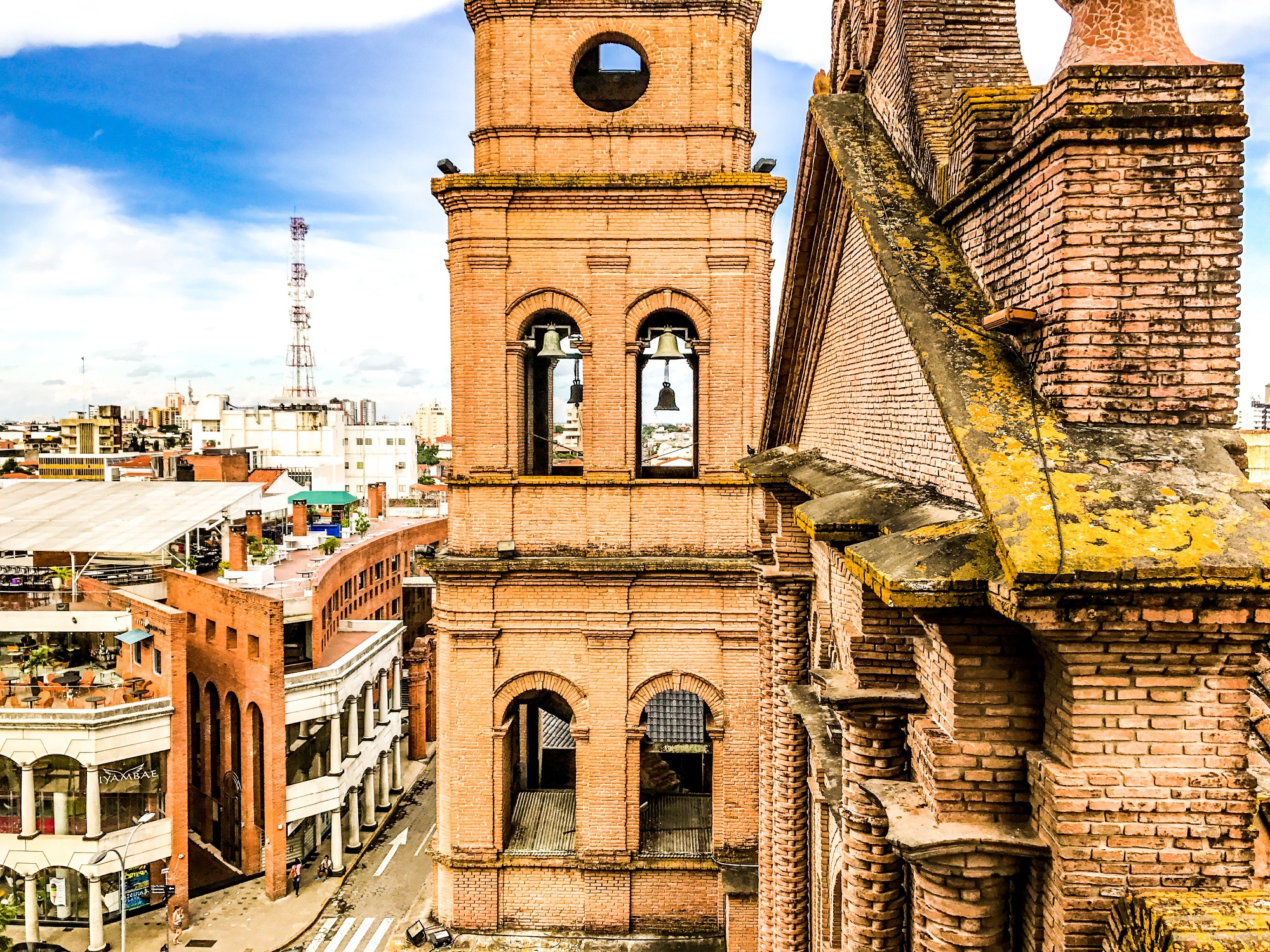 Off for Bolivia with Bolivian Aviation (BOA). You know, I’m wondering, who’s gonna pay for all these empty seats? Boarding completed 30 minutes before take-off… how innovative. I’m kind of the only white person on board. Ok, I must confess, one of the flight attendants is white too.

Flying into Bolivia I thought: What shall I think about being here? Good or bad? What to expect? My feelings are very neutral right now. I’m just a little uncertain about security.

The first experience after landing was quite positive: The girls at the SIM/Chip sales point were outstandingly helpful and nice. I went for a data plan. Activation, Top-Up and even the cheapest directions to the hostel were provided with great service and a constant smile. Spanish only, …we learned. 🙂 The ride to the city centre on bus takes about half an hour, they explained, and it is six Bolivianos (which is like 85 €-Cents). Then, I should change to a taxi to reach the hostel. We’ll see how it works. It is already dark outside and I once learned to not travel in public in South America during night. Anyway, I hoped on the bus, my backpack was stored on the front passenger seat. Nice trip, I arrived at the hostel. And: I survived. 😉

The next day I walked through Santa Cruz. The city is different. Very old cars produce a very bad air. People sneeze very often. They seem to live their life. Hanging out in the central park. Still, they appeared to be happy. 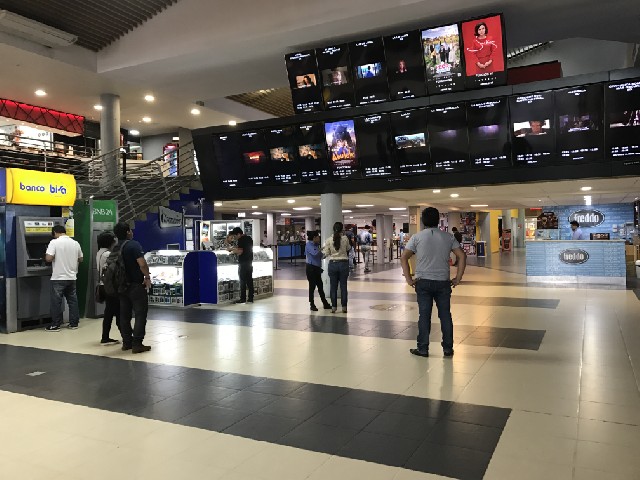 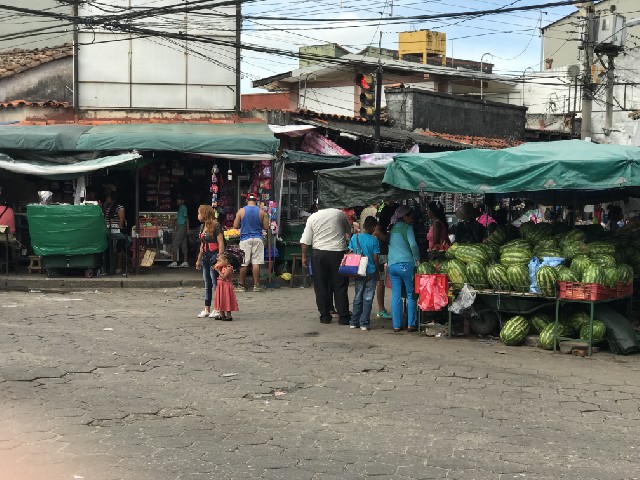 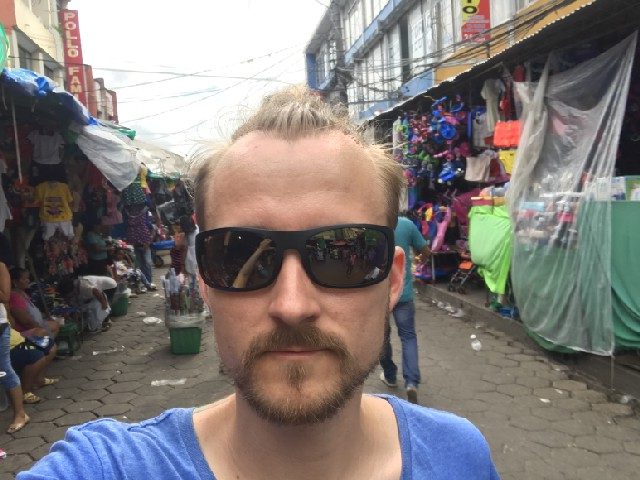 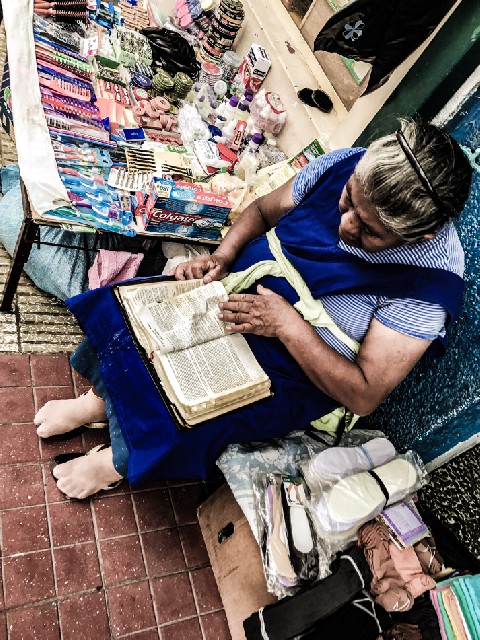 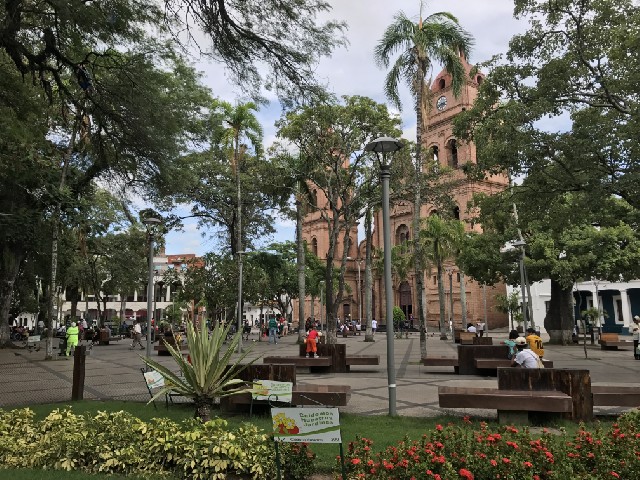 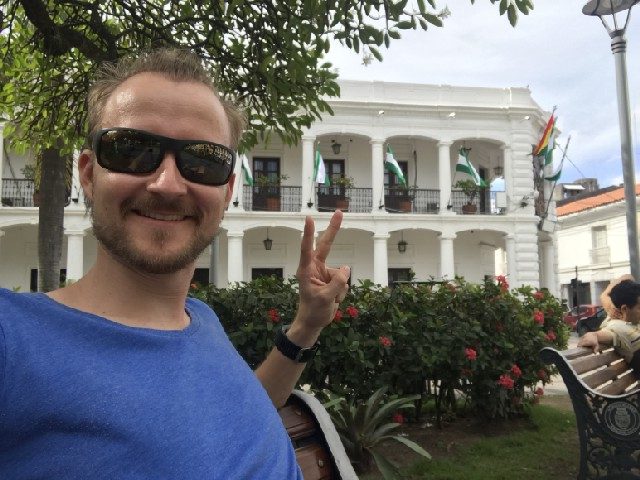 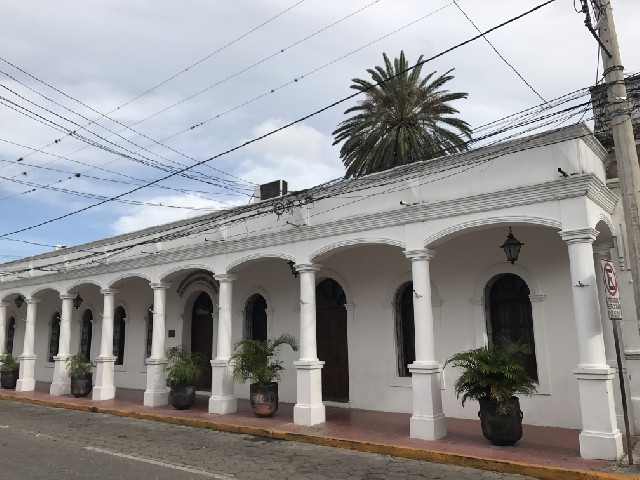 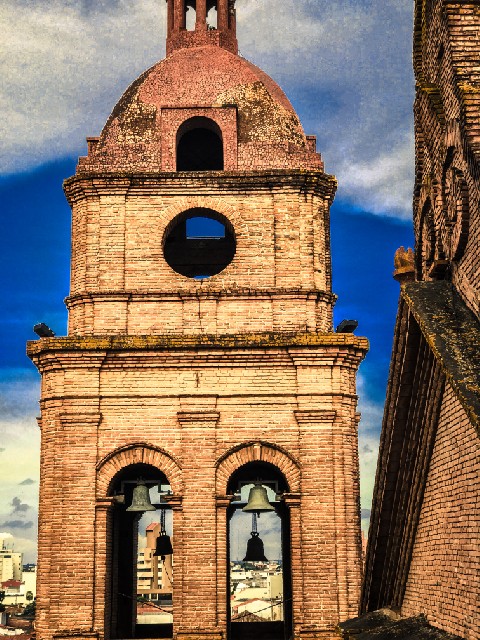 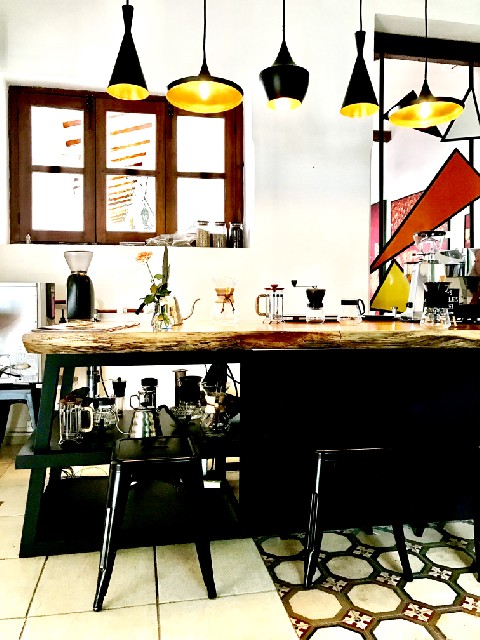 Project of the day: Having a coconut 🙂 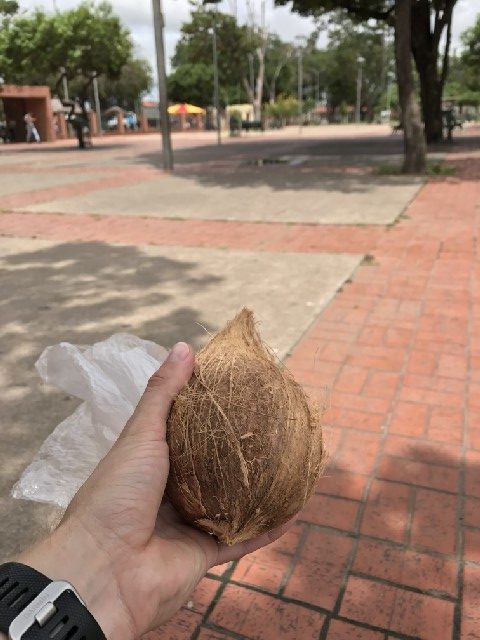 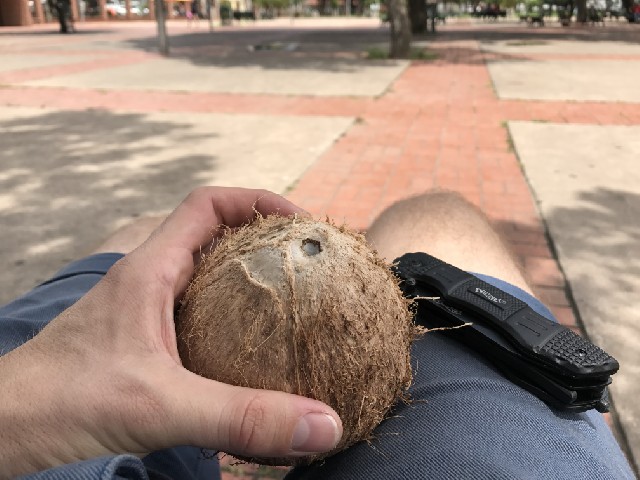 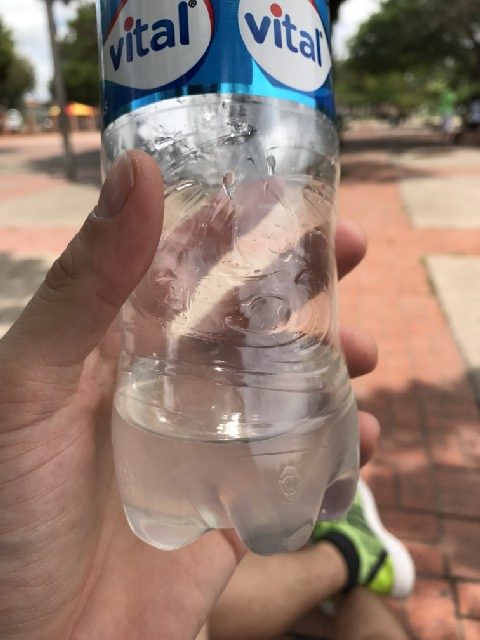 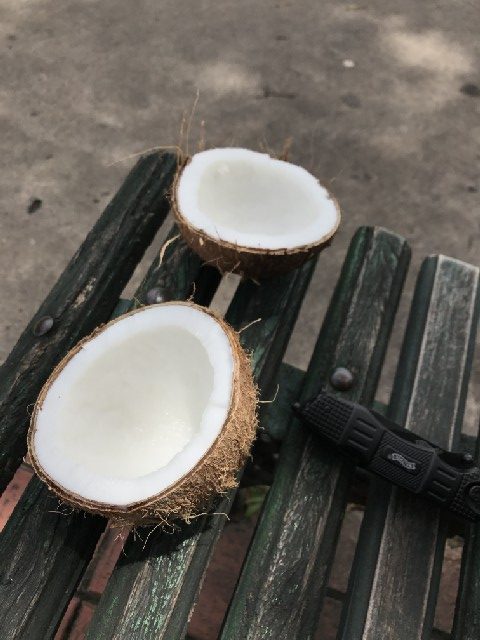 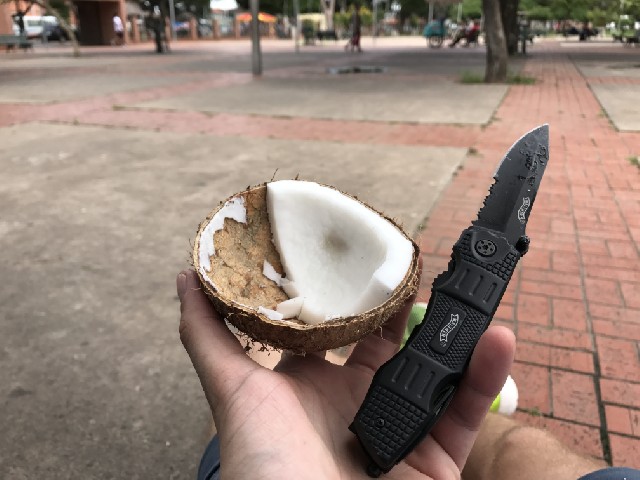 One of my friends, Daniel, dropped me a link. Check it out what Harvard’s intelligence found out about happiness: Most important is – taataa! “Real and deep relationships to other humans.”
Went out one evening with a cute girl for some local experiences. Spanish only and quite superficial – still happy. 😉 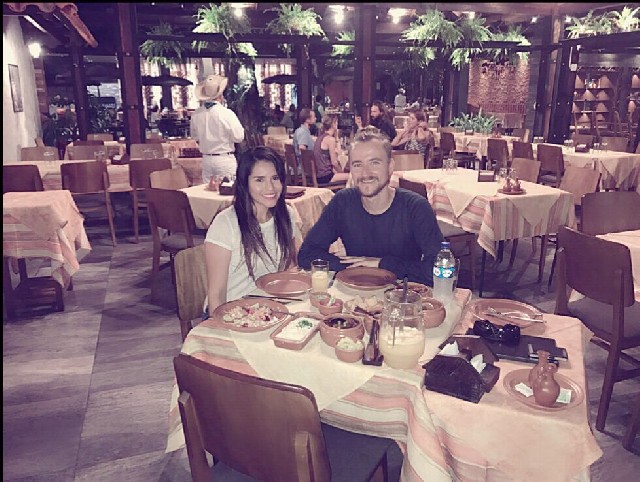 They have a shopping mall – yes, I was impressed as well 😉 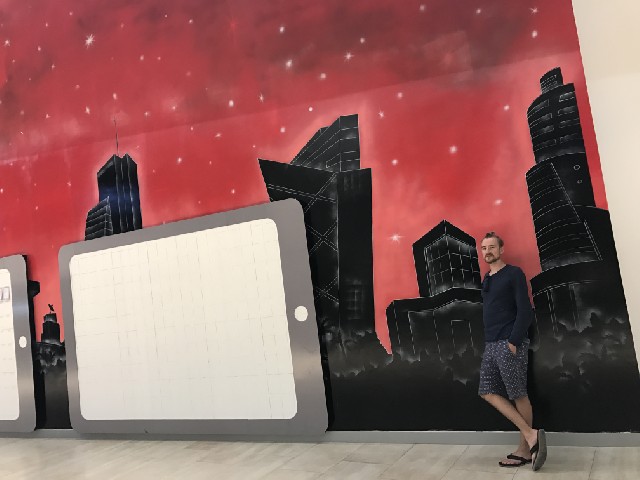 Just the perfect name for a café 🙂 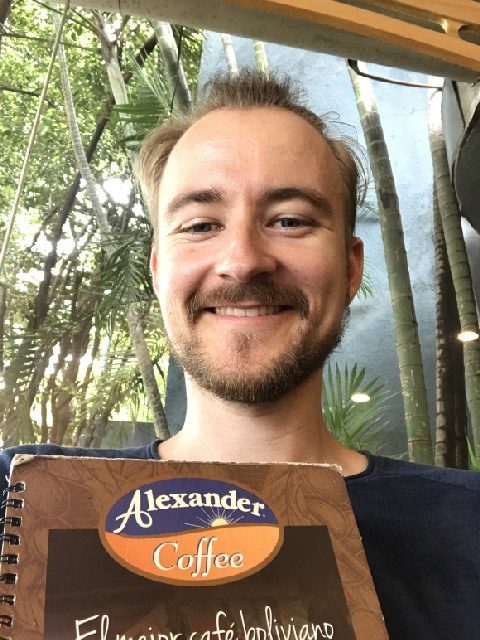 Cheers with some guys from Norway having some steaks: 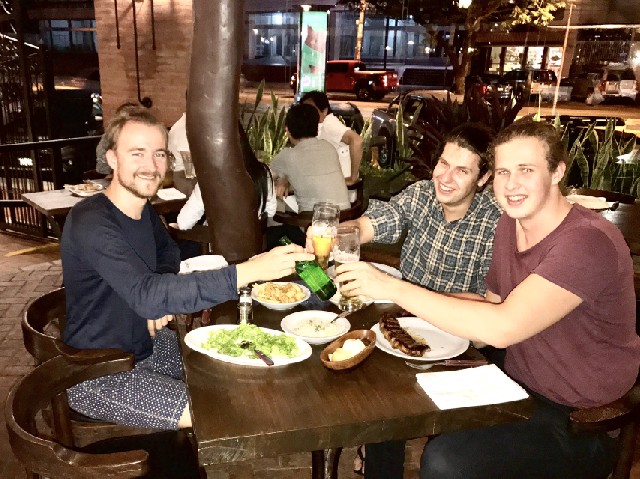 I took time to chill a little bit and started to read Hermann Hesse’s “Damián”. Some more walking and exploring through the city. It really stinks. So much exhaust gases in the air. I could not live here. 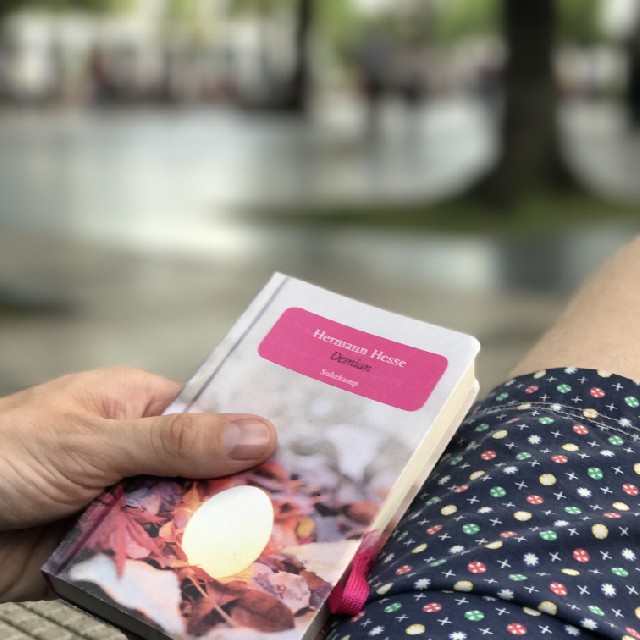 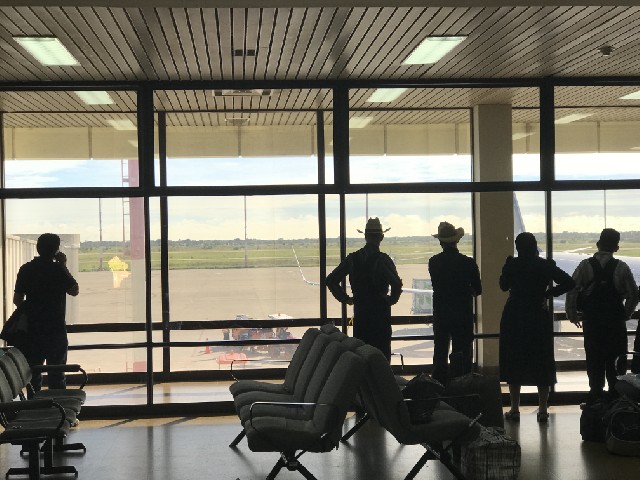 Nope, it was not. 🙂 Instead, read about wild Sucre, Bolivia next.