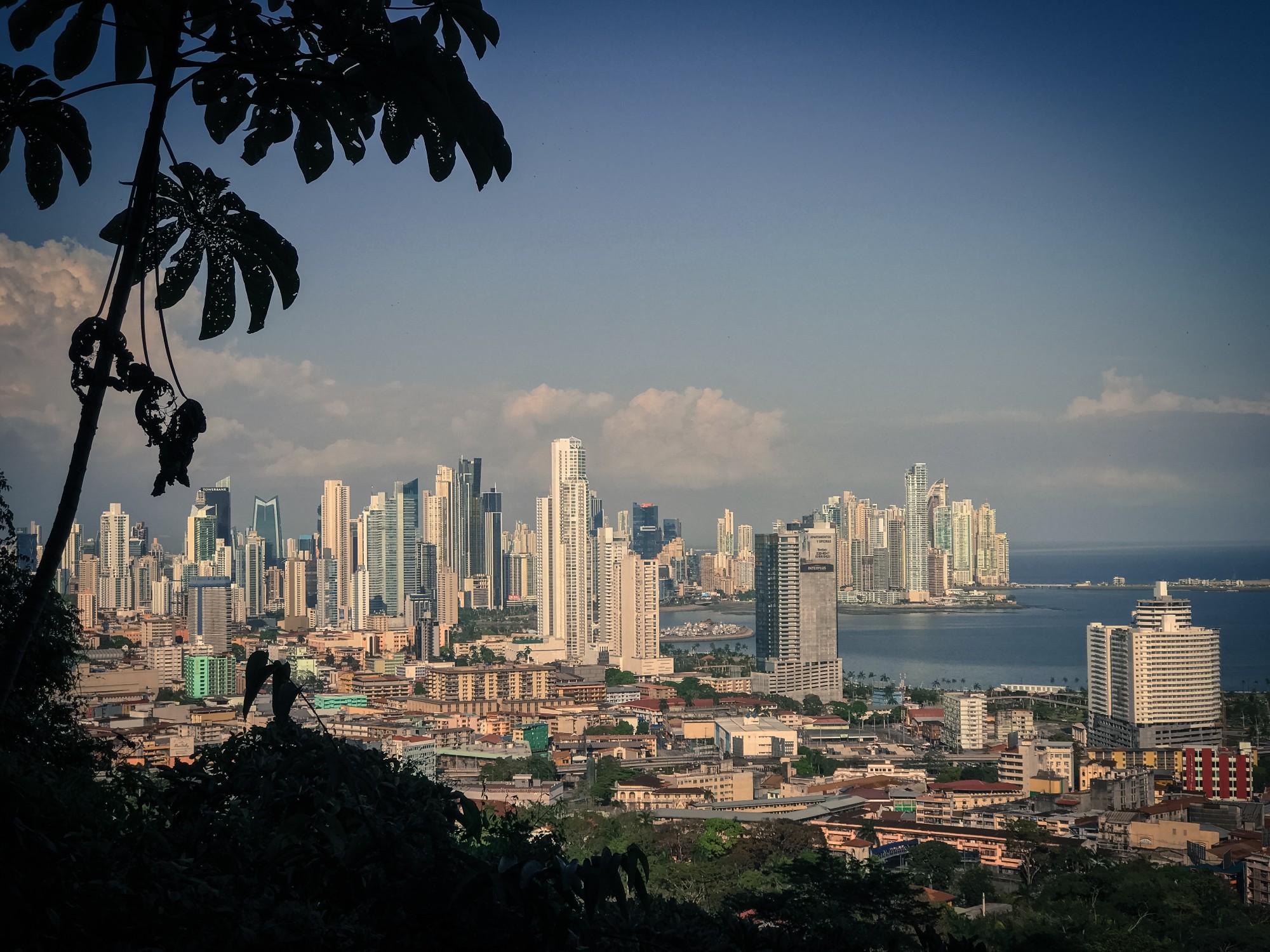 Let’s start this with an interesting insight for all my friends from Lund, Sweden. Here is something important to learn 😉

Ok, what is this post about: More than ten days have past living in Panama City. Some daily life rhythm came up. I continued learning Spanish at the school and met some more people. This post will provide a deeper insight about how I perceive the people living here. You may expect three answers to my favourite question. Some more impressions from Panama City will complement. Further you will read about two locations: Gamboa and the Museum of Biodiversity.

Seriously, people in Panama are serious. Smiling is not so common. Being supportive to a lost traveller is not very common too. In general, Panamanians appear not to be very friendly – exceptions may apply.

The conversations with Elo, we studied Entrepreneurship together, were inspiring, bringing new thoughts to my mind:
The life in general and being an entrepreneur specifically is like the sea. You are subject to the waves, they move you around. Like in the market and economy. One can’t change the rhythm of the sea. However one can find the wave somewhere close to the safe beach – close in the sense of the skills one has. Then, surf the wave and create a good business. But watch out, the wave won’t last forever. You will need to adopt and find new waves and business ideas to continuously surf on the sea.

People in Panama are very entrepreneurial, I feel.

Travelling in Panama City to the old town, Casco Viejo, to the school. Okay, no Uber experience this time. I asked the police in Spanish for directions to the metro station. More or less in Spanish… Wohooo, it worked out, I could make my way by talking to the people in Spanish. The lessons pay off! That feels like success to me. 🙂 To the bus hub Albrook, on the metro, a 20 min ride was $ 0,35. 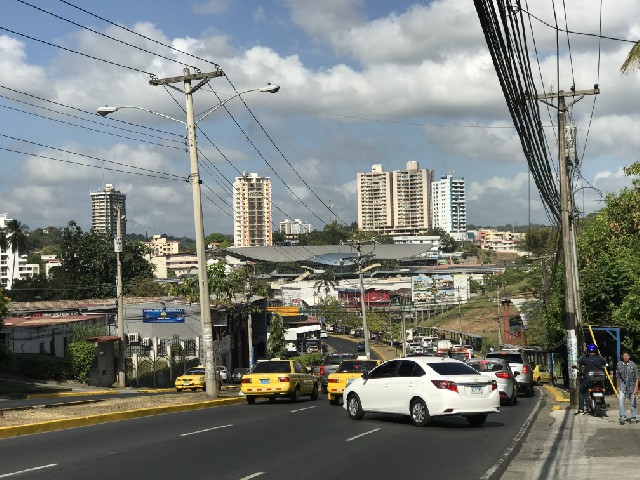 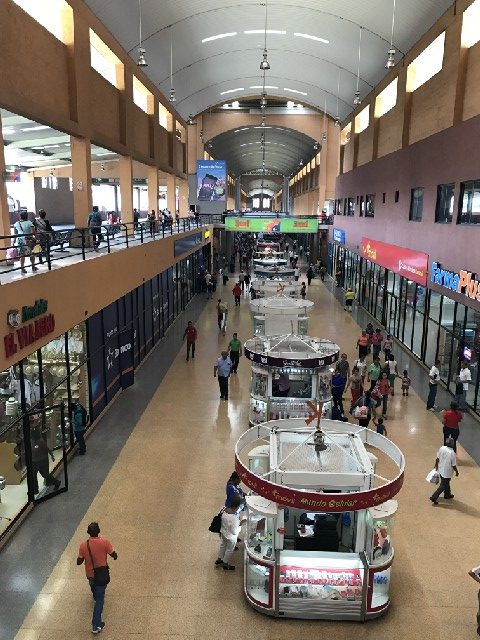 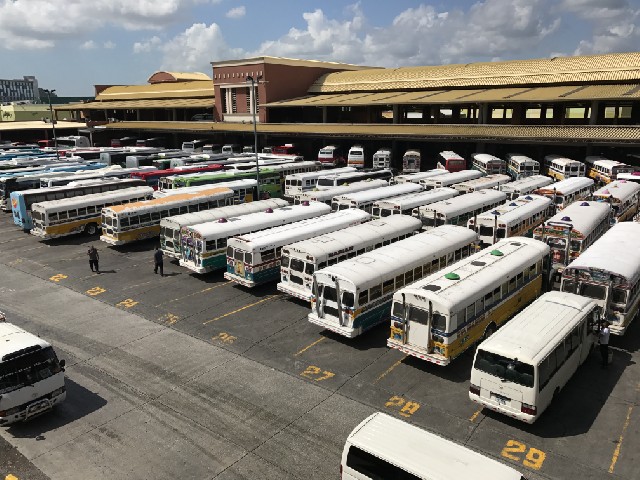 Isaac and I met in the Spanish language school. He’s my age, grew up in Istanbul and now wants to work in the US. We had lessons together for five days. One evening, we enjoyed a beer. And a good conversation. He recommended to read a book from Freud. And to watch the movie Black Jack. …still on my to do list for now.
Anyway, obviously my question was raised: What does happiness mean to you and how do you achieve it? It seemed to me, he was prepared to a question like that, at least he had made thoughts about it previously. He answered quickly. “One just becomes happy by making the choice to be so! I meditate and speed down regularly from this fast moving world to find distance from e.g. the internet, Facebook, Instagram.”
Afterwards, he suggested to give feedback to each other. I was cool with it. He followed: “If you are traveling don’t be like a German.” But how instead, I wondered? “You have this invisible wall in front of you. Show your feelings and that you are happy. For example when you meet a new person, express that you are happy to meet her or him.” Be inspired.

Elo and I went to Gamboa. We found a nice hotel to visit for the day: Hotel Gamboa. What a forest view! We had some water and ceviche and enjoyed the beautiful scenery. 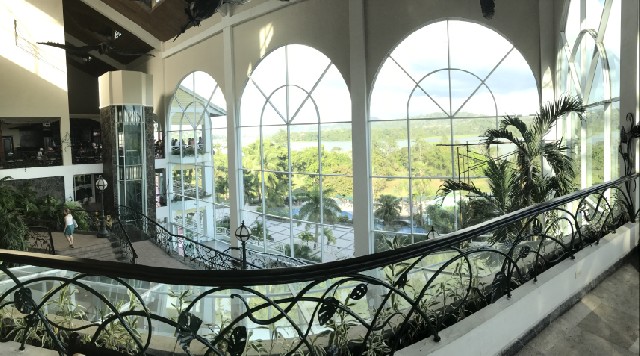 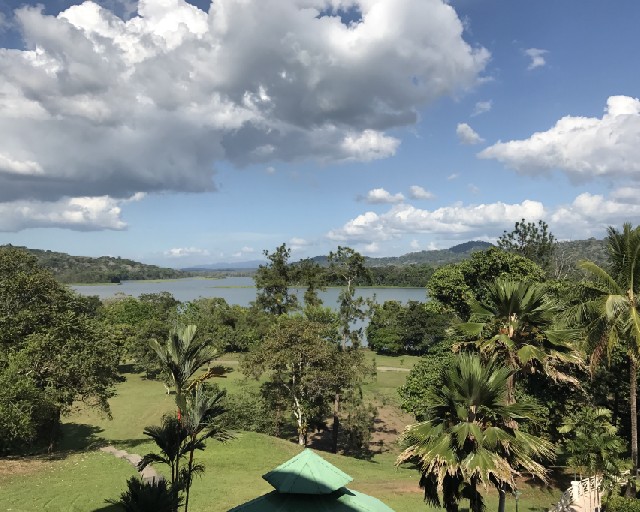 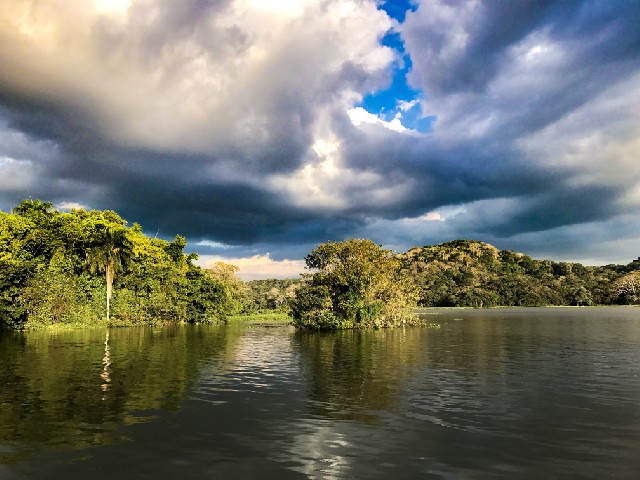 We headed further to Panama Canal with Elo and her sister Arlene, who was so kind to pick us up at the hotel. A Uber won’t go so far outside of the city we realized. Arlene and I knew each other from the accident day. I took the chance once more and asked my question: Arlene, how do you define happiness and how do you achieve it? Arlene answered in detail: “Collecting memories. Good ones and bad ones. There are good situations and not so good situations in life.” Living on the present moment allows her to choose how she wants to feel and react to it. For her there is no good or bad. Even though, she may feel sad about something she trained herself every day to remind her that “everything happens for a reason” and she keeps telling herself “the bad will pass”. If she is very happy, this feeling will go away sometime and if she is sad, it will also go away someday. There are times that she likes to write about how she feels. For her, it is amazing when she is reading this years later: In that moment Arlene clearly sees that “all bad will pass”, even thought if you may not believe it when you are actually in bad times. If you choose to live, time will heal anything.
She just lives every situation a 100%. Because she lives that way, it allows her to feel the situations fully and to appreciate what is happening. Besides, she says, “a new situation and a new experience is a blessing full of new knowledge.” Life is 10% what happens and 90% how you react to it.
If you want to listen to some of her thoughts have a look on her Sound Cloud. There are over 370 audios in Spanish. 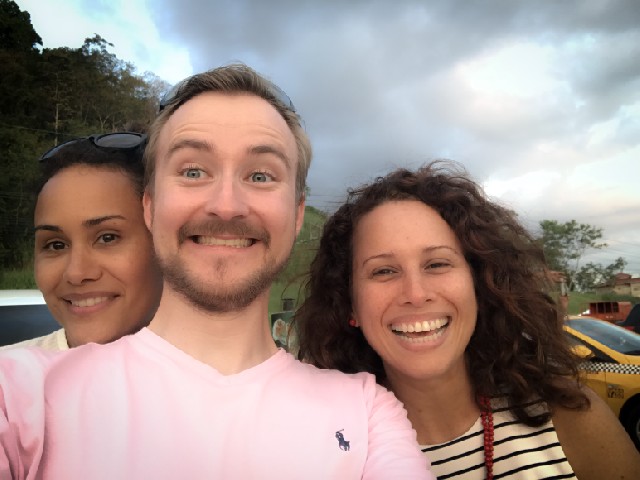 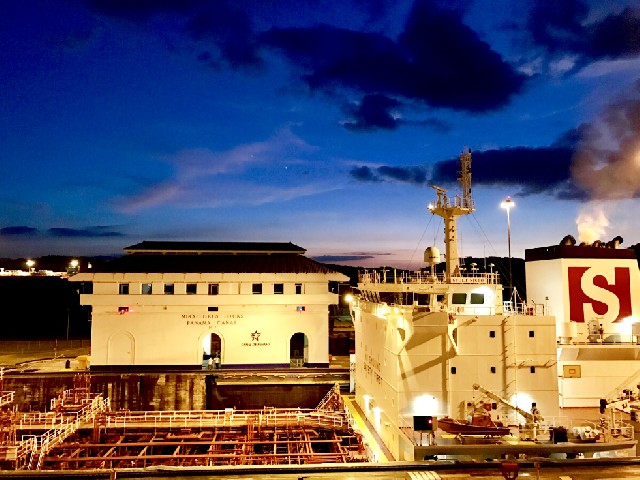 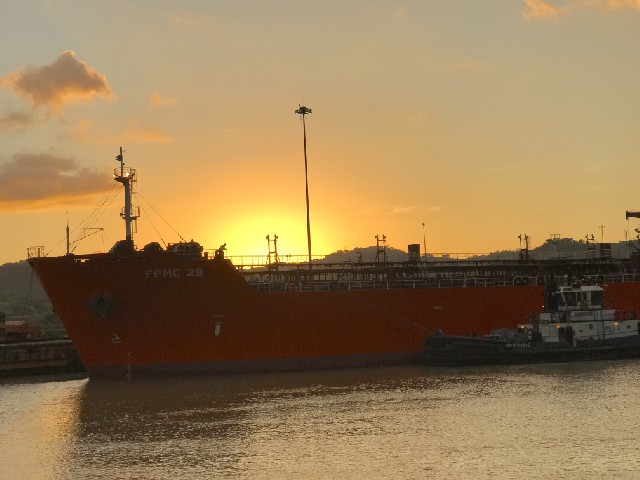 Always worth a half day trip: Museum of Biodiversity in Panama City. Panama is supposed to be the country with the greatest biodiversity on our planet. Porque? The continents of north America and South America once merged here millions of years ago and thus species merged and multiplied. 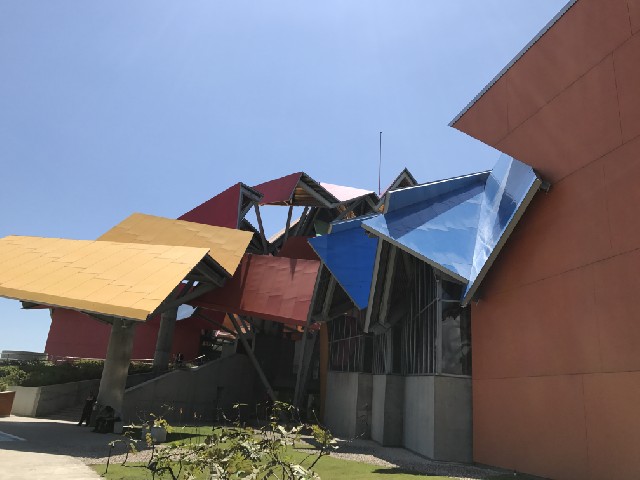 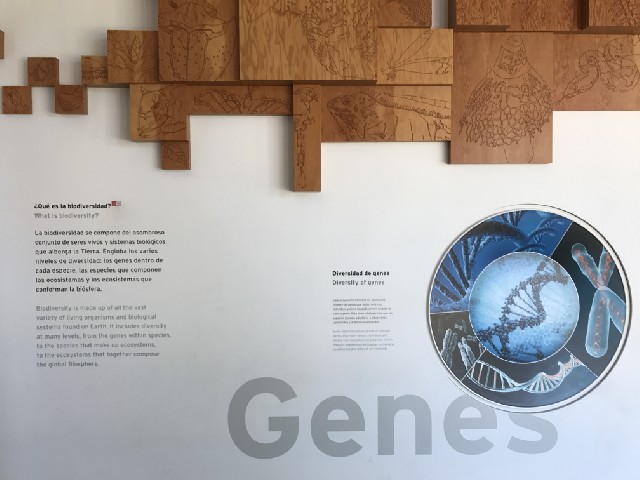 View from the museum on the ships waiting to pass the canal: 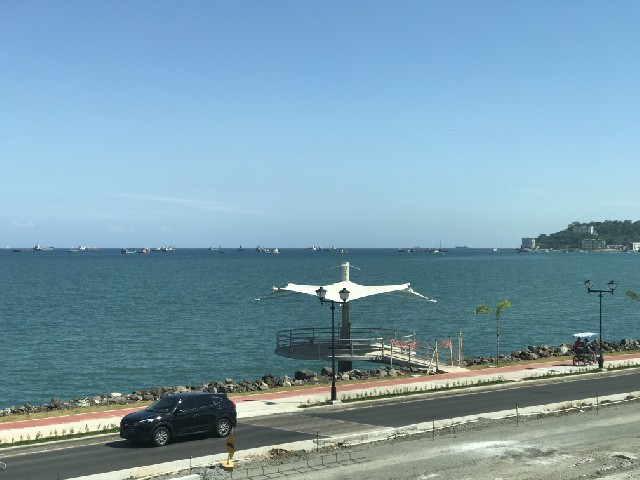 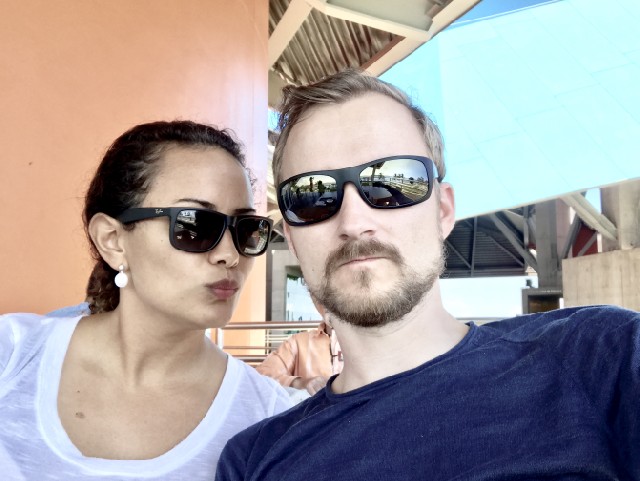 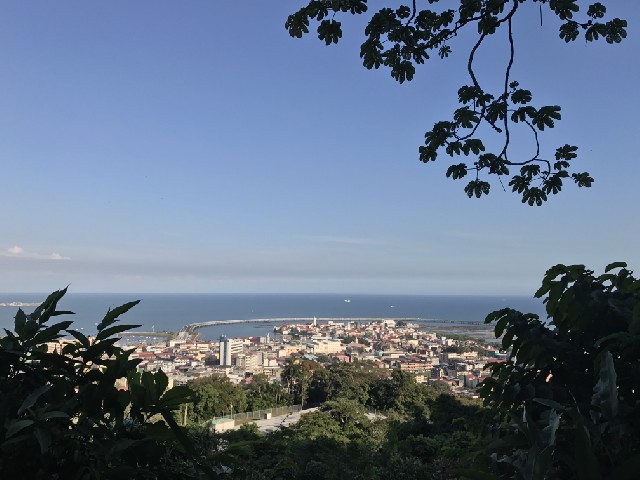 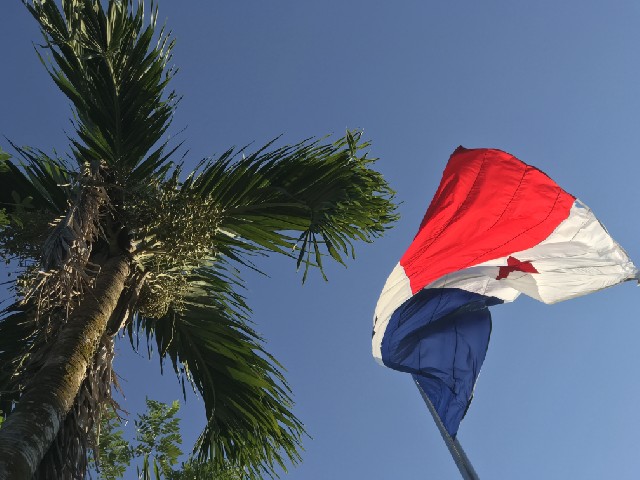 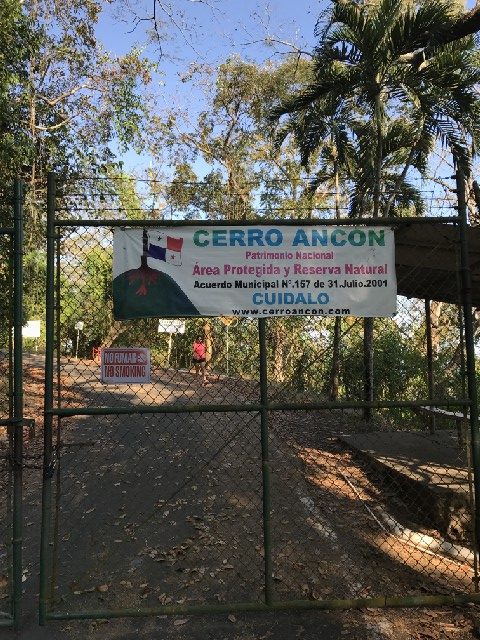 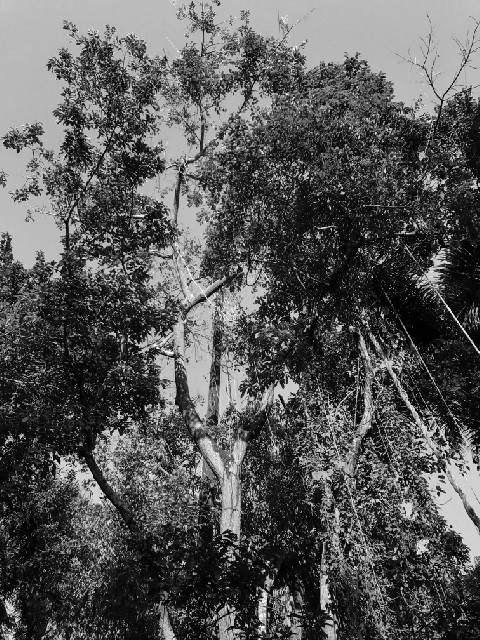 Some dinner in Casco: 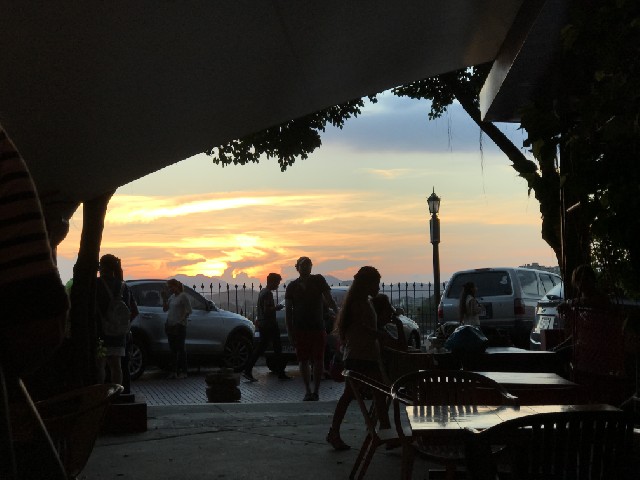 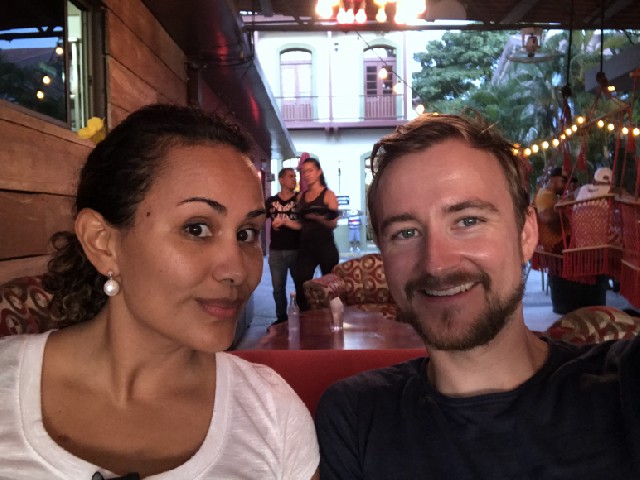 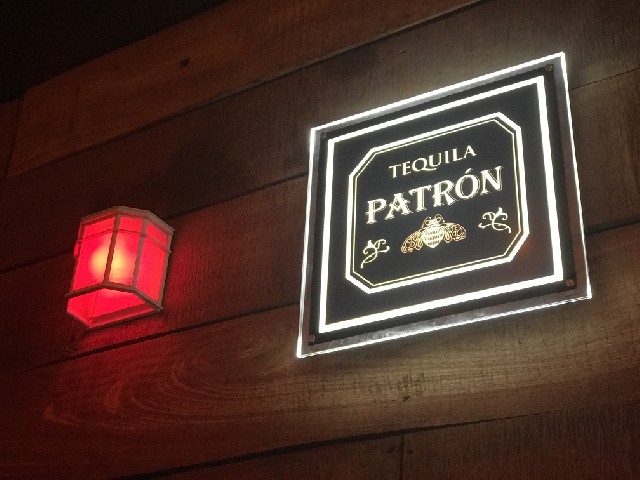 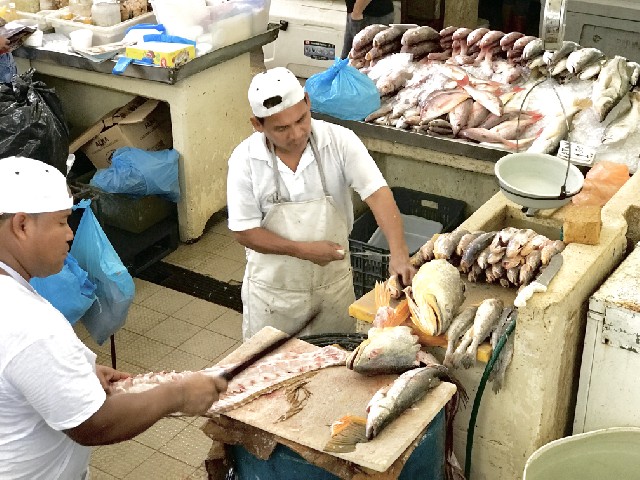 Learning Spanish in Casco in a Café: 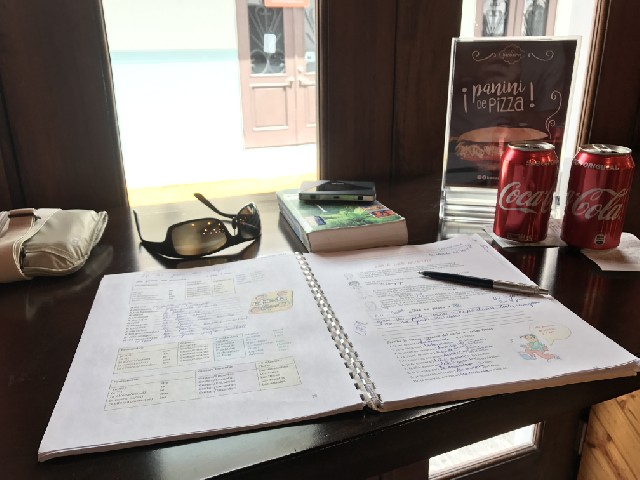 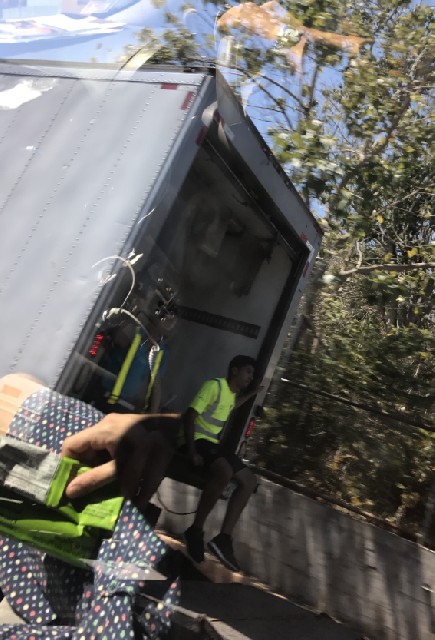 Panama City was about to end. After I had spent more than two weeks with my friend, I thought it is time to raise my question. Elo, what does happiness mean to you and how do you achieve it?

“Happiness is an emotion, not an idea.” She continued by clustering her answer in four pillars. “First, peace in the sense of trust in life. Second, being positive in the meaning of recognizing the positive aspects and opportunities of every matter. Third, appreciation in the sense of being thankful for the things that one has. Fourth, freedom to be creative and avoid unnecessary routines.”

Her general attitude is to always look forward to the day ahead. All is rounded up with good company. Being close to nature and to loved ones.

It was in the evening, 7.22 pm. Little late for the bus. I was sitting at Albrook bus station. Luckily they have some more night busses to Bocas del Toro. Otherwise, I might have gotten stuck. The ticket in my pocket, I bought some cheese bread and was waiting in an air-conditioned room. My two backpacks with me. One with valuables. One with all the rest. Crazy feeling. Now it really stared. Travelling alone on a world round trip. Not really able to speak an understandable, conversational Spanish. I required some details about where to find the departure platform. “Hablas ingles?” Everywhere just stunning faces. Even at the info point, just Spanish speaking people – no smile. Sitting there, watching some public telephone that is occupied constantly. The people using it, are well dressed, but they are not using mobile phones. I thought about what’s going to happen in July? What will I work? I will not think about it now. Better to plan roughly the next few days in order to continue through Panama, Costa Rica and arrive at the next milestone Managua, Nicaragua in time… 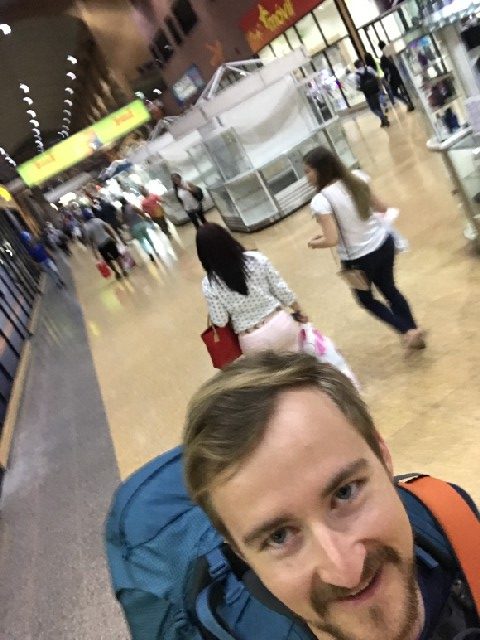 Continue reading: On the way to Bocas del Toro, Panama…