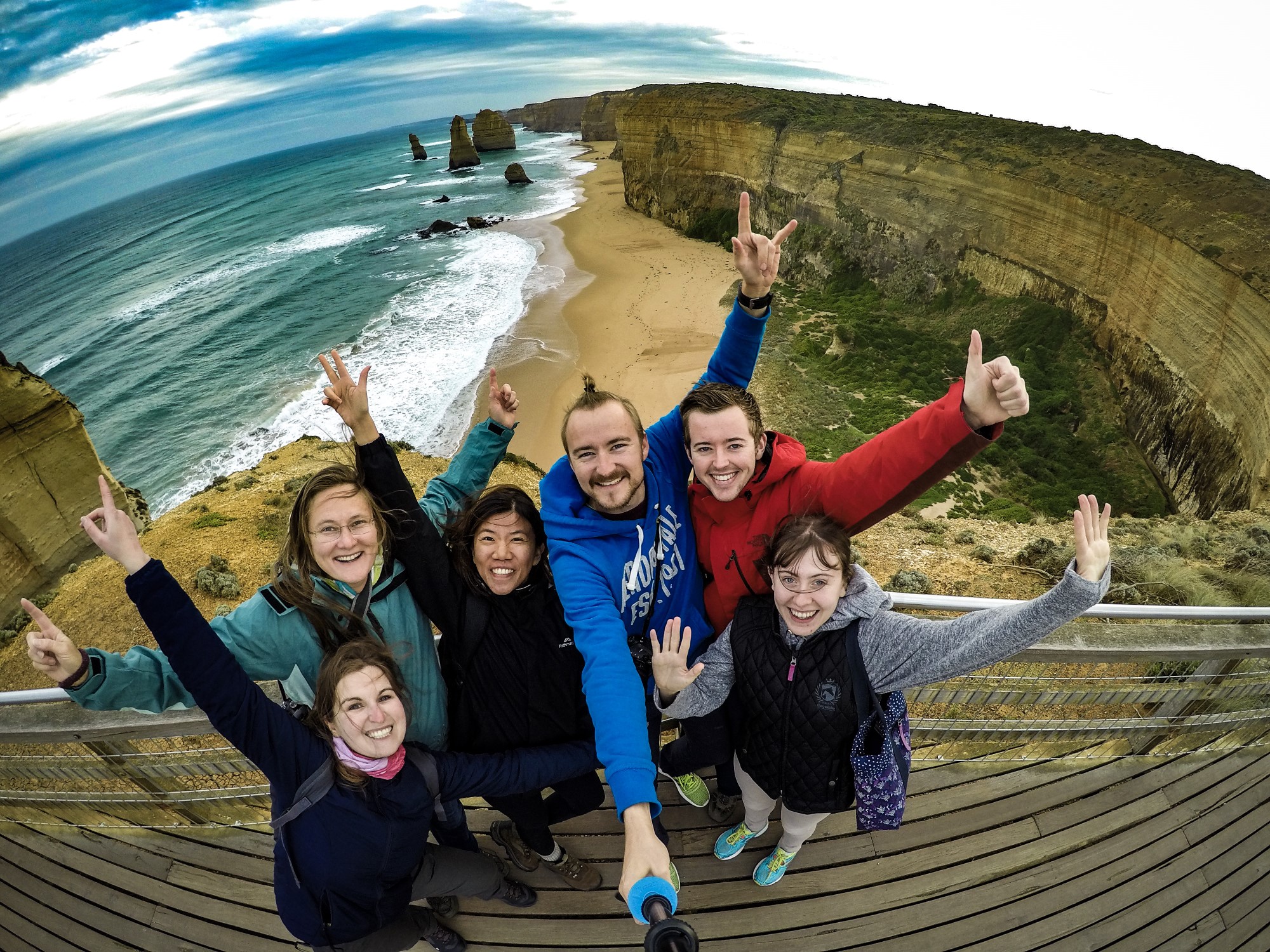 Kickn’ it off: Great Ocean road. On tour with our nice guide Simon and an amazing crowd of fellows: Dave, Claire, Anja, Valérie and Suat.

What shall I write…? Let’s speak through the pictures.

Lunch at the road: 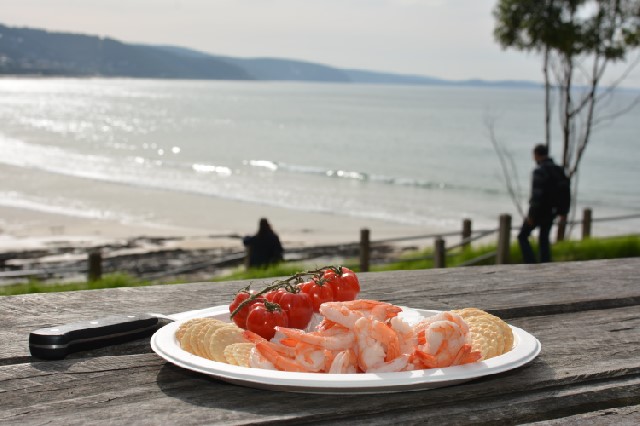 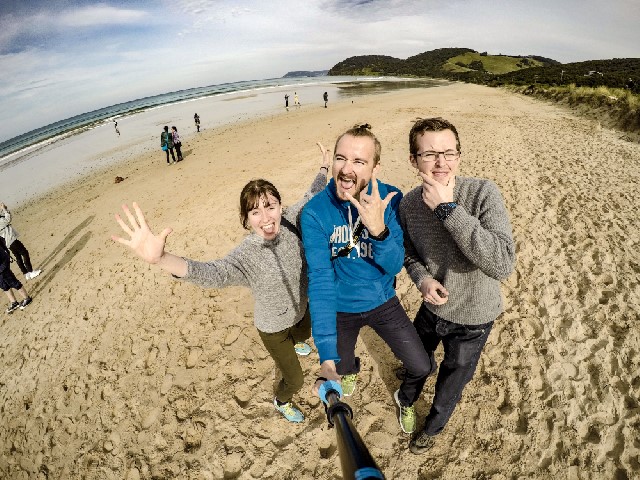 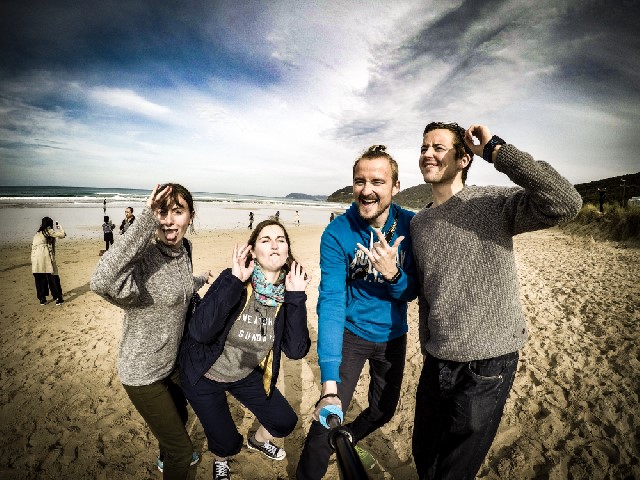 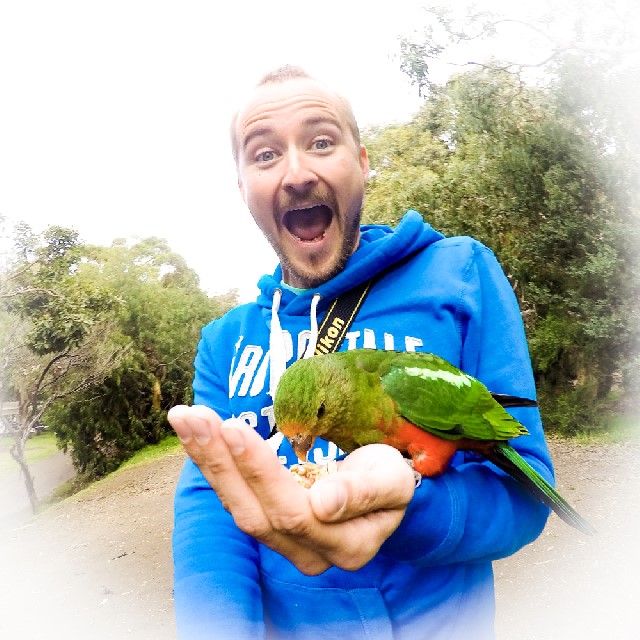 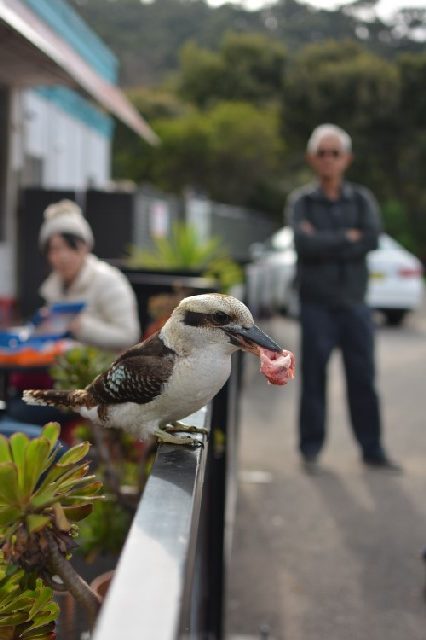 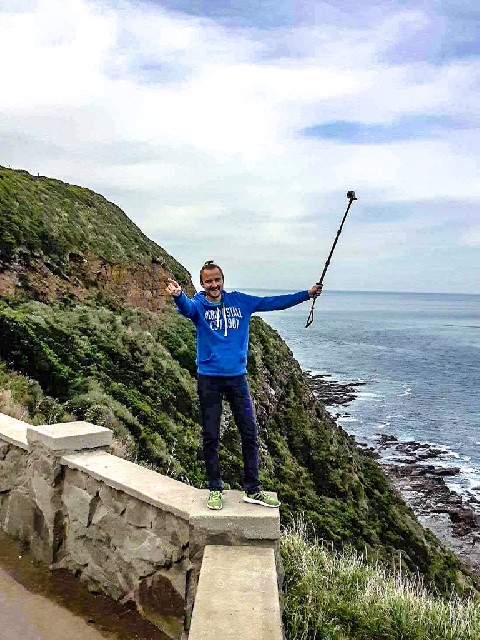 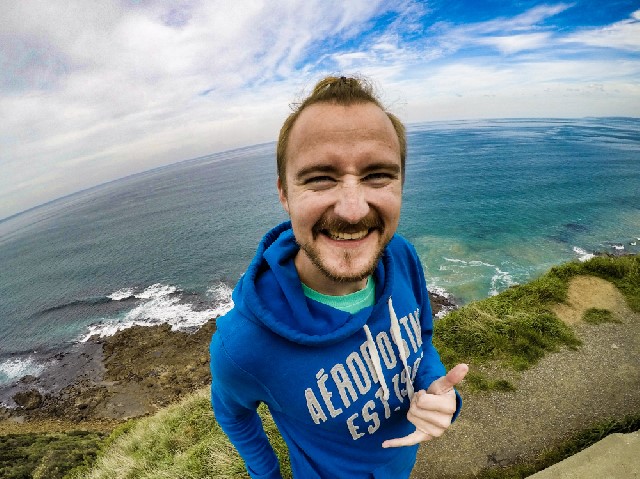 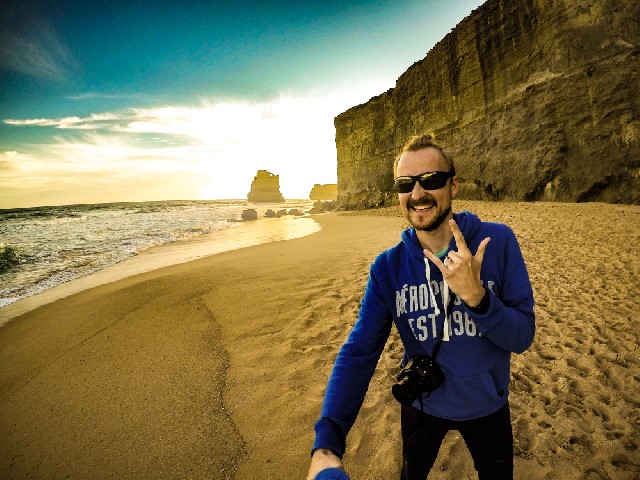 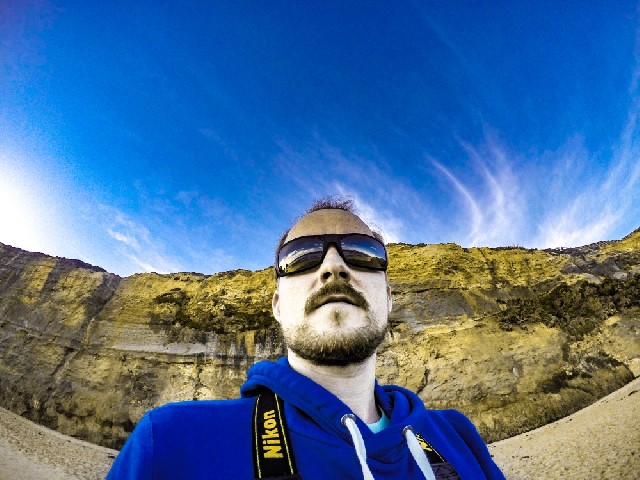 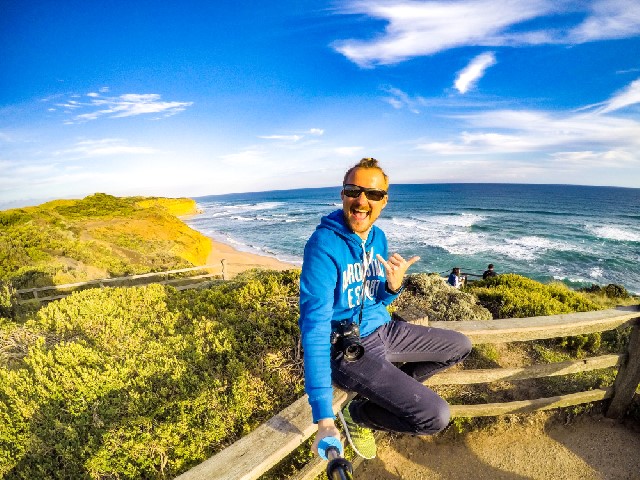 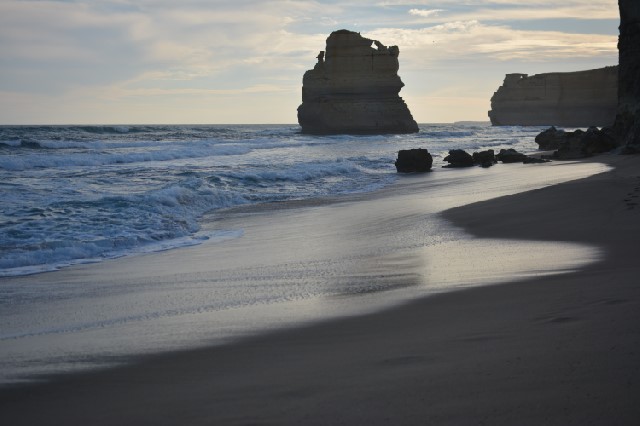 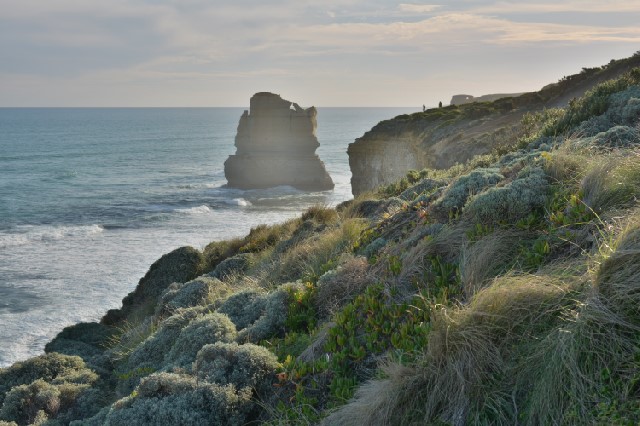 We arrived in the amazing Port Campbell Hostel. Very close to the Twelve Apostels. Simon, made some amazing dinner by applying cooking magic. Awesome, buddy! 🙂 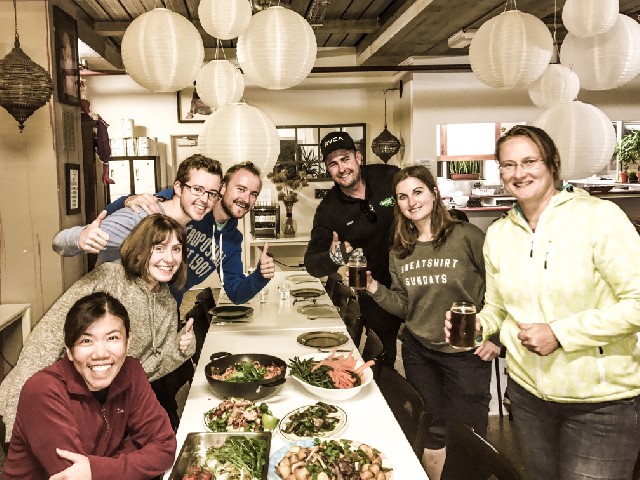 At night, I played guitar. Surprisingly, I got applause. First time playing in front of people I don’t know. Haha. Thank you. 🙂

The next morning, we had breakfast together. I asked Dave my question. He is just 26 years old and is working in a hospital. “What does happiness mean to you and how do you achieve it?” Catched by the question, his nice girlfriend answered instead. 😉 Dave continued, “It is an emotion, a feeling. It comes along with accomplishment, positiveness, achievement and warmth.” I followed, “Nice! And how do you achieve it?” Dave answered, “Having breakfast.” Good answer, thanks Dave! You live the moment!

Early bird, we went to the Twelve Apostels. Some people, we were told, cried when they saw the place for the first time. I can’t understand that. It’s nice but not too special. In fact, some of the Apostels left already into the sea. Only eight are left. You better call them Eight Apostels, oh no 8 is not a good marketing number, right? ;P 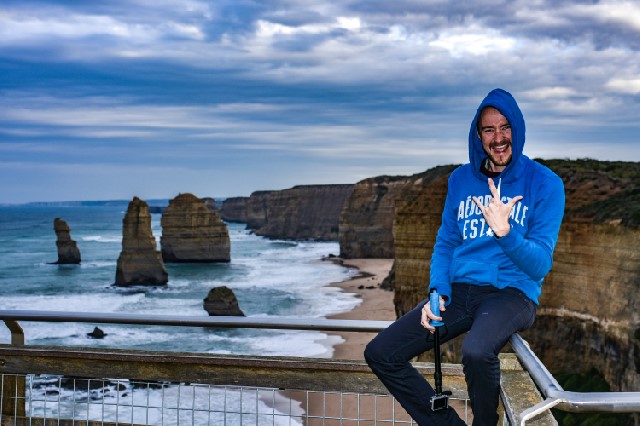 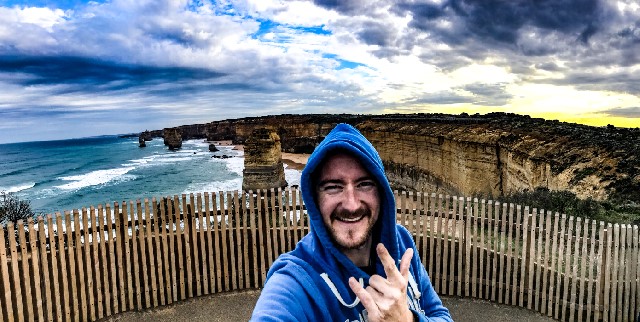 Back on the road: 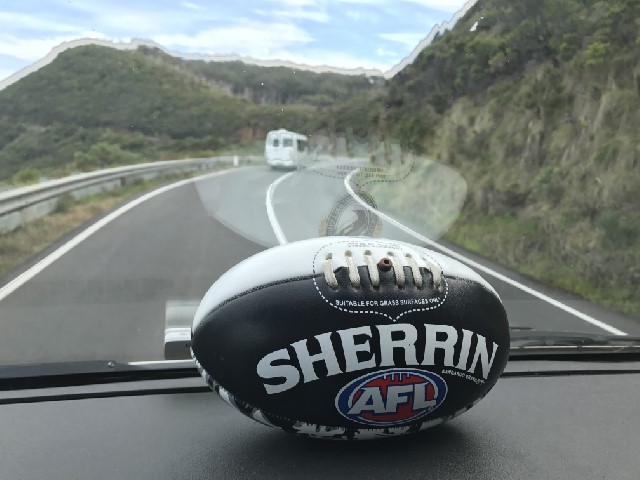 We stopped by at Dan Murphy’s to get some drinks… a shelve full of international beers: 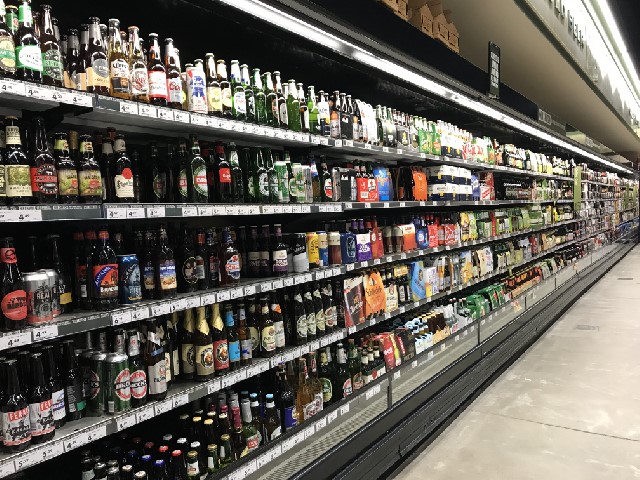 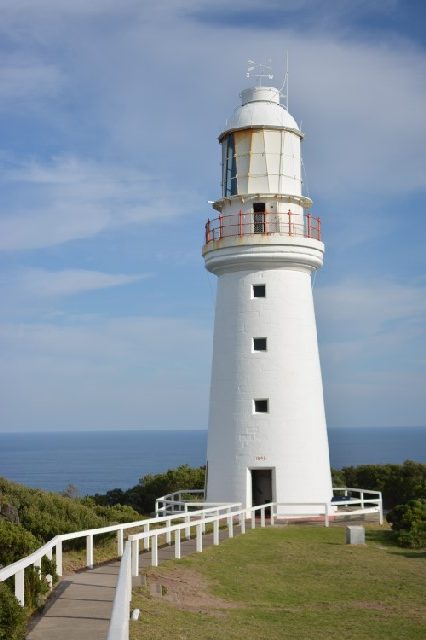 On the road, we listened to the great music collection of our guide Simon. I remember bands like Wolfmother and Rubin. We made our way through the outback and reached some nice places in the Grampians National Park. Uphill to a beautiful lookout. According to Simon, this is probably the most beautiful one all over Australia. Indeed, it’s impressive. 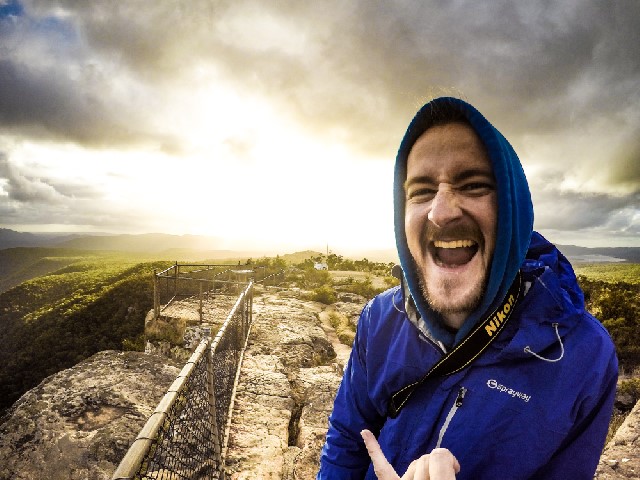 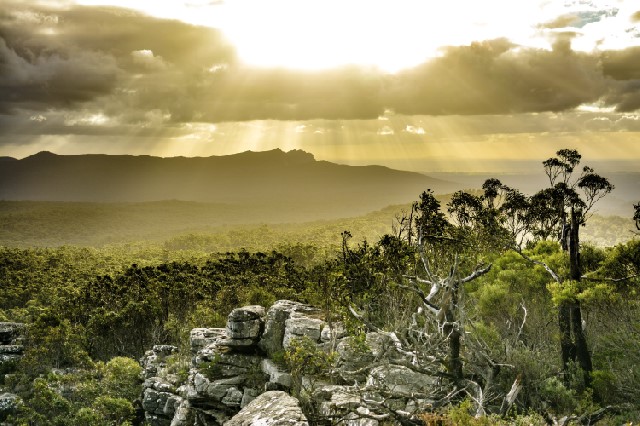 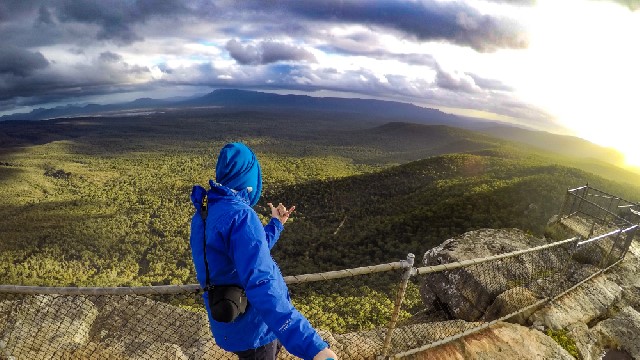 Later, we continued to the Wartook Valley. We stayed overnight at a nice place in the outback. Steve, the owner of the Eco Lodge, has travelled the world for five years. He is the person, you would think of as an typical Australian. It takes a while until you adopt to his English pronunciation. 😉 He’s got several children and manages the farm. A nice guy. We talked for an hour at his little bar. A fire destroyed his fences two years ago. He is still rebuilding them today. Sure, after some time I had to ask my question. “What does happiness mean to you and how do you achieve it?” He thought for a second and brought up an interesting and new answer: “Contentment [German: Zufriedenheit]. Not to get to emotional. And to feed the good wolf.” Thanks a lot for the conversation, Steve!

The next morning, we went up to the lookout a second time, hoping to get a better view with more sunshine. Not quite. 😉 Afterwards we hiked the Zumstein trail. (Germans are everywhere. Haha.) There, we checked out the McKinzie waterfall. 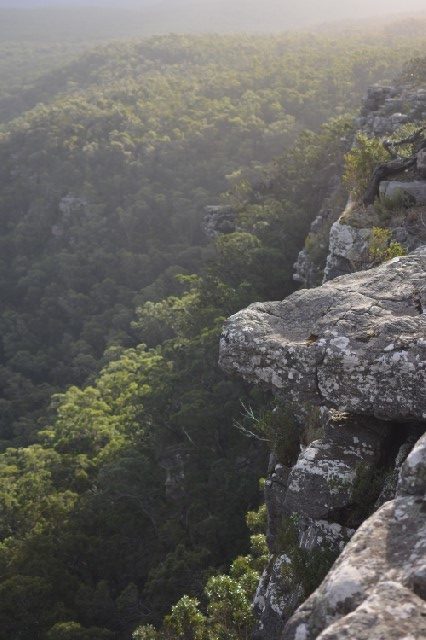 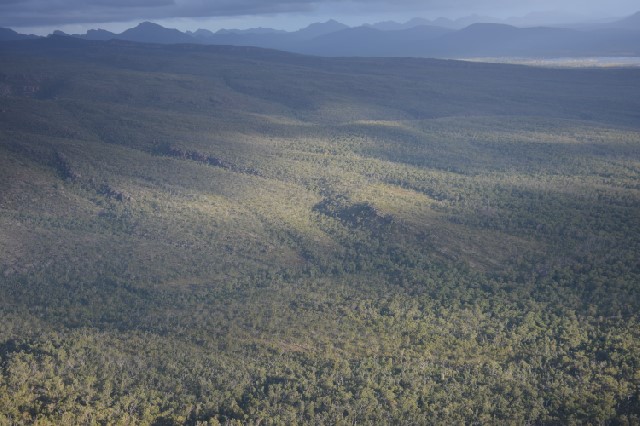 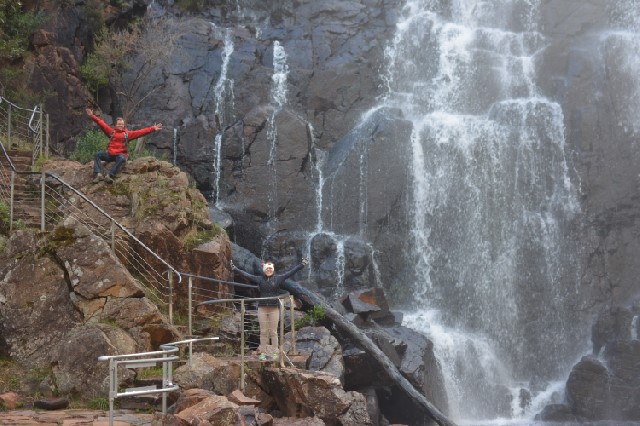 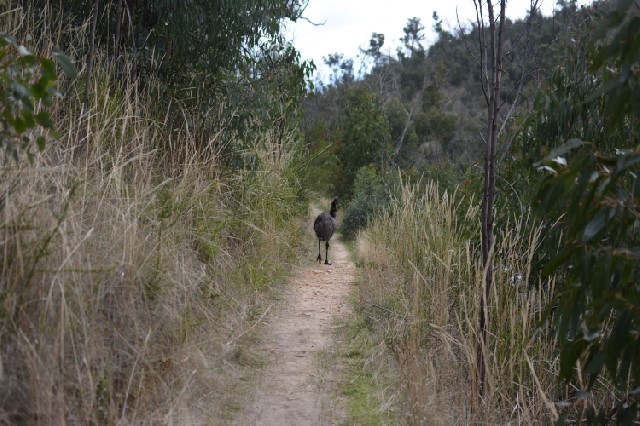 I may check off the following animals from my list: Kangaroo, wallaby, emu and koala bear. 😉 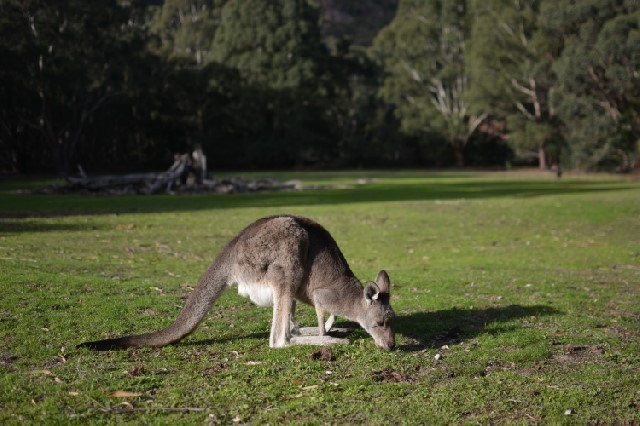 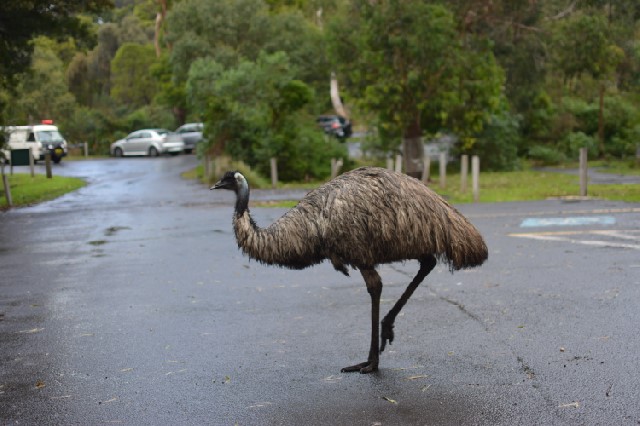 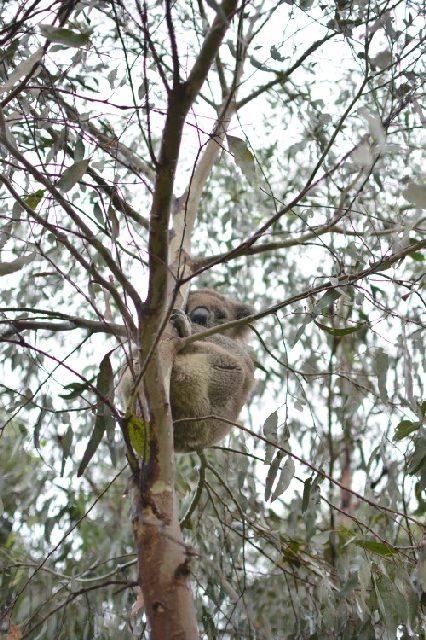 Some of us took the public bus to make our way to Adelaide. Join for the next city!