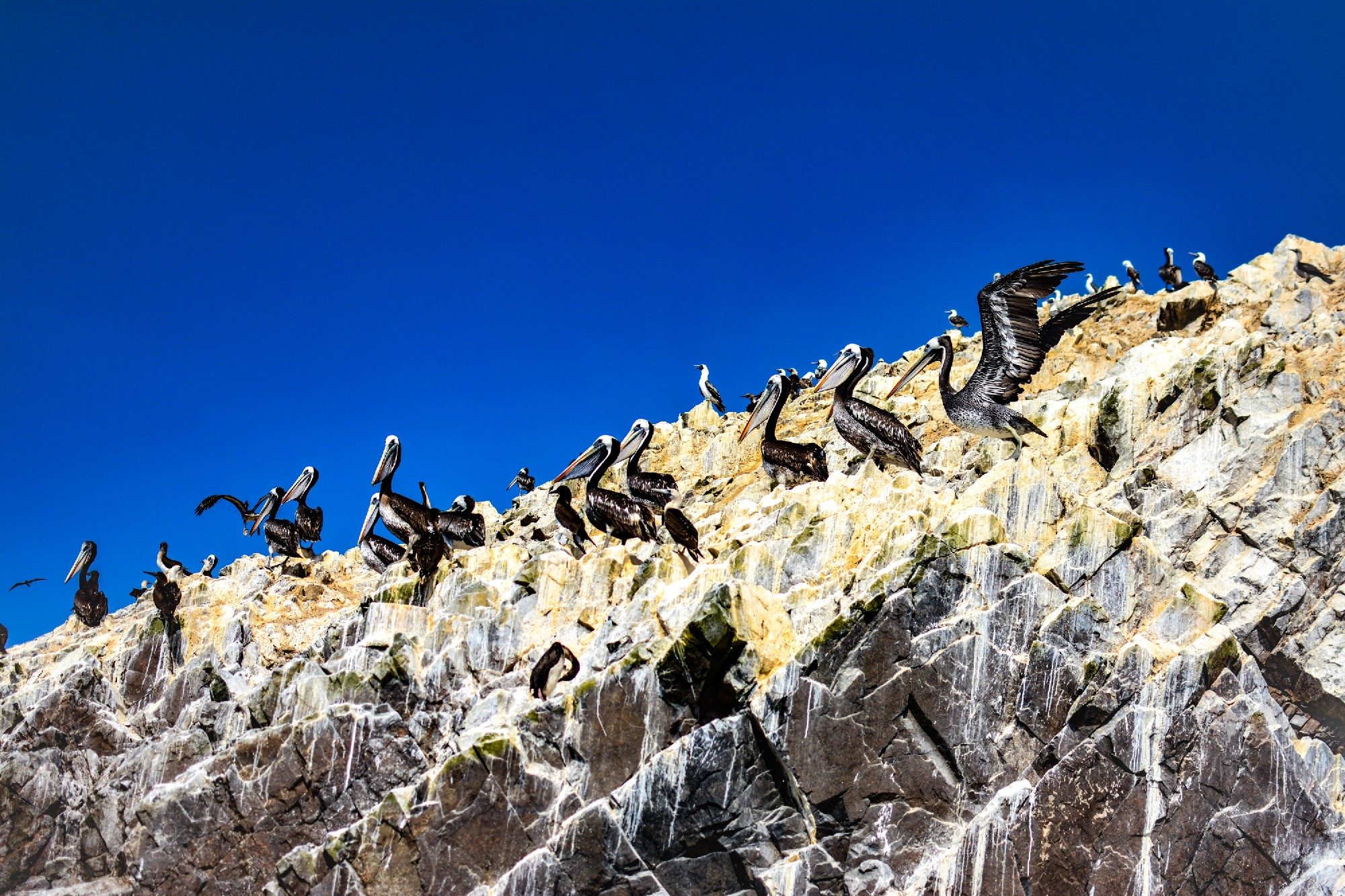 After two chilling days in Huacachina, I headed further to arrive in Paracas in the evening of the 23rd of March. We, the Peru Hop crew and some Peru Hop fellows, went for dinner at a good pizza place. Later, Jimmy and Victor arrived in Paracas. It was so cool to see them again.

Bringing the coolest people together, we went for some beers to Hostel Kokopelli. The coolest guys in town tonight: Fio and Shirley, both guides from Peru Hop, as well as Jimmy and Victor from Lima. We left the hostel in Jimmy’s car, my guitar in the trunk, to go to the beach for some beers and old fashioned songs.

Thanks guys for this amazing evening – you guys made my day, you rock! 🙂 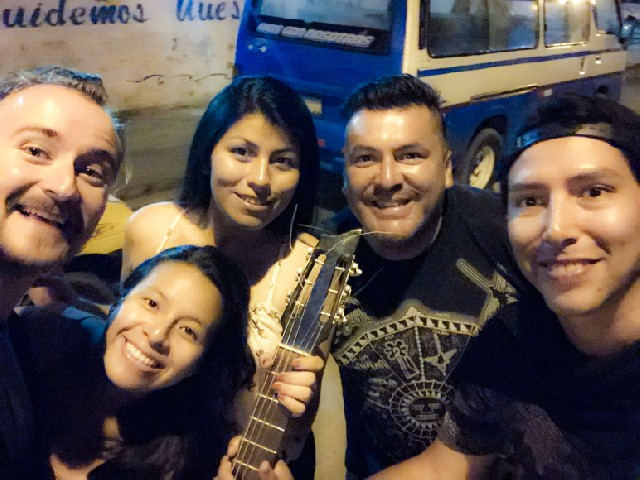 The next morning the fellows from Peru Hop went to Ballistas Islands National Park. It is kind of similar to Galapagos, I was told, but for poor people. 😉 Still very impressive to watch the birds and sea animals in nature… Roll the pictures: 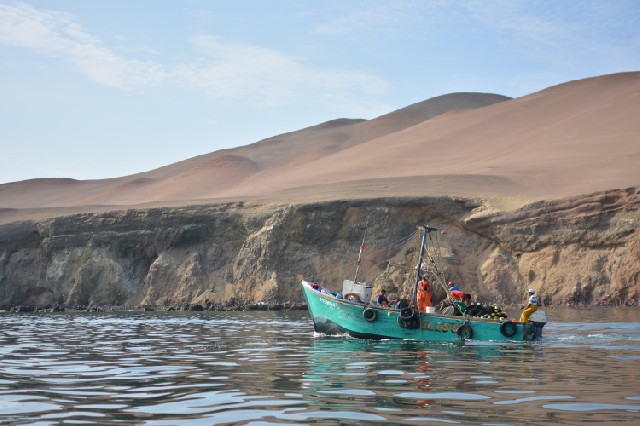 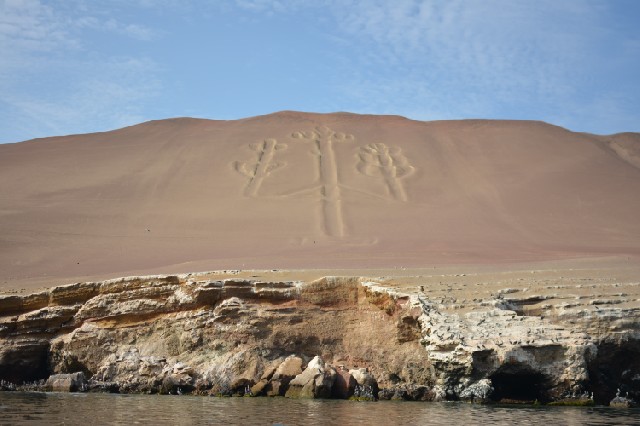 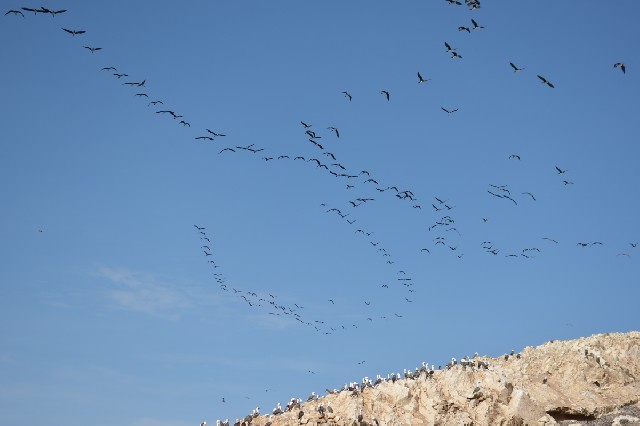 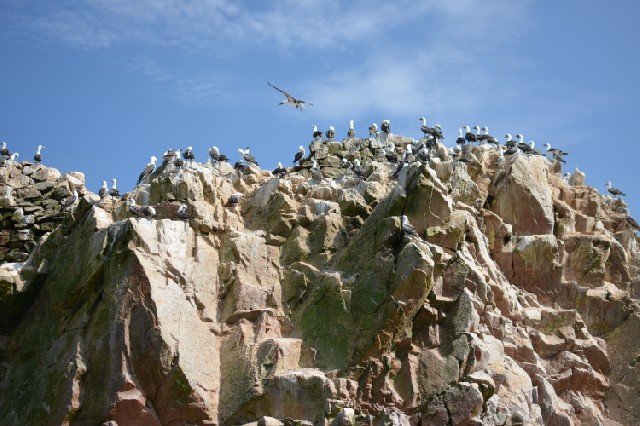 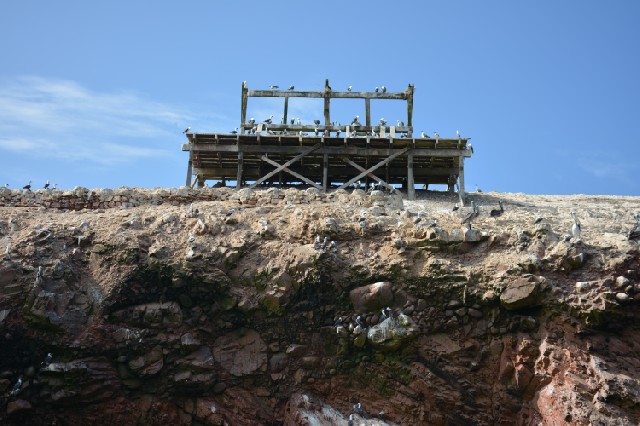 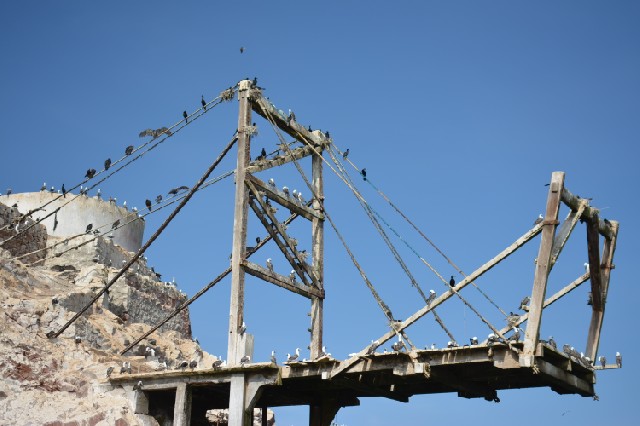 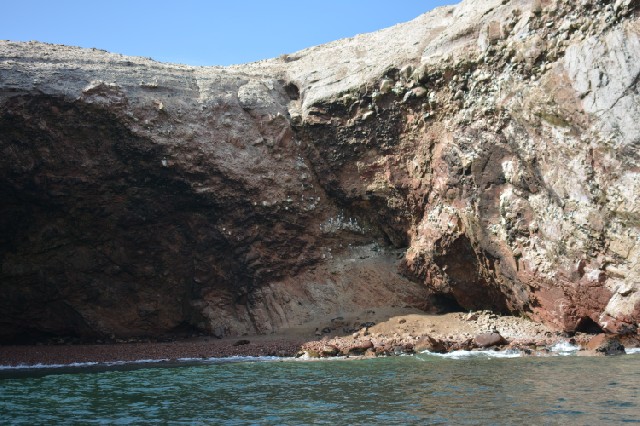 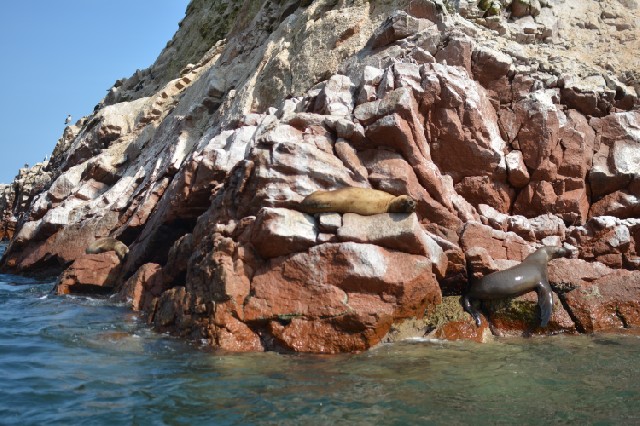 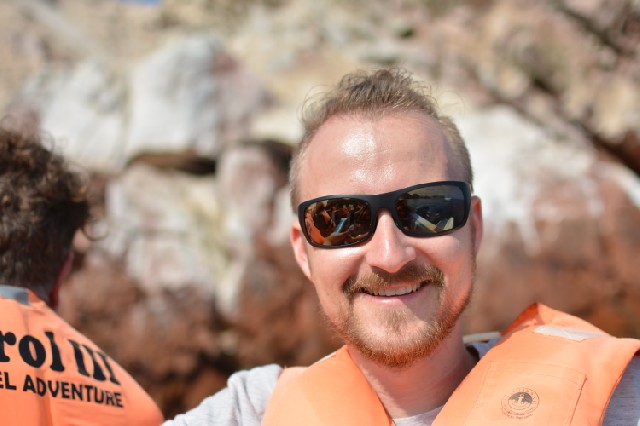 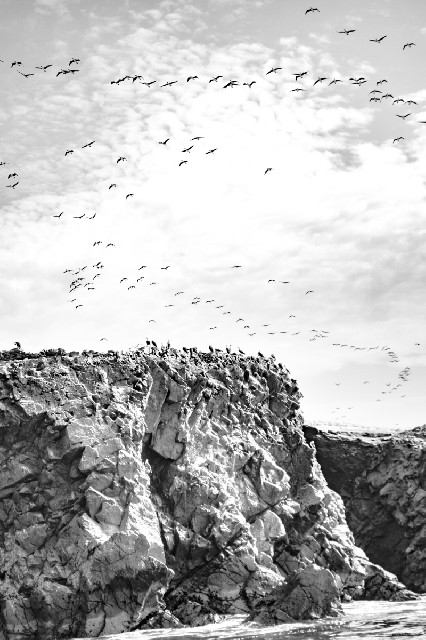 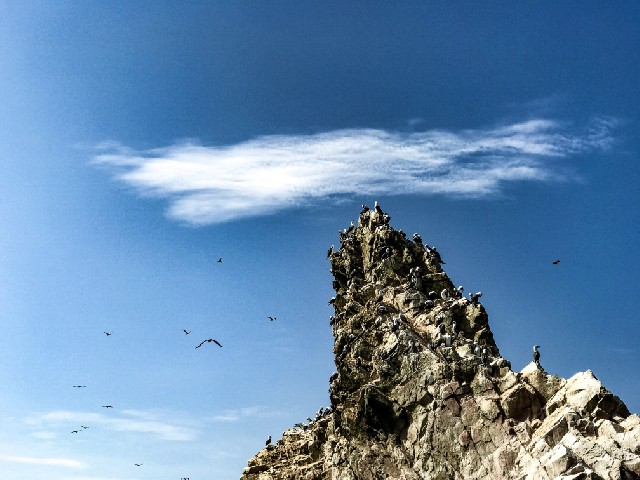 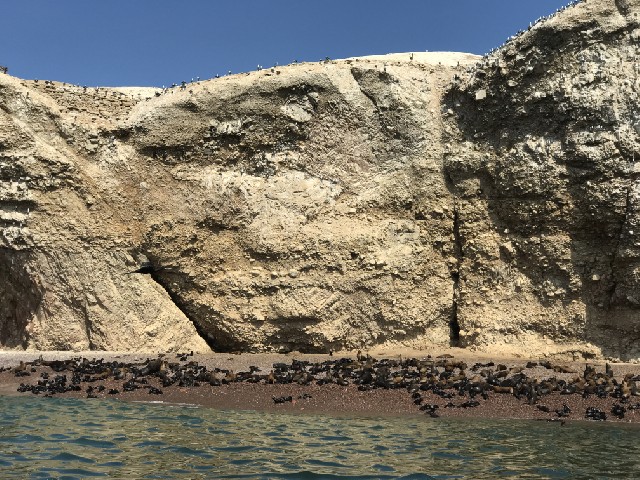 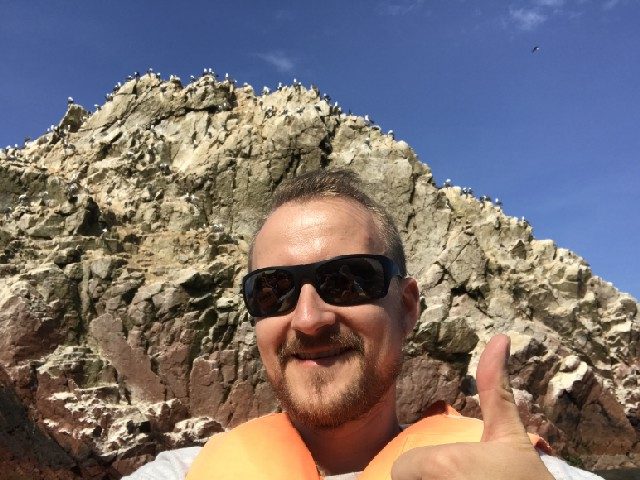 With the guys from Peru Hop, we went to Paracas National Reserve and to Playa Roja, which means the Red Beach. 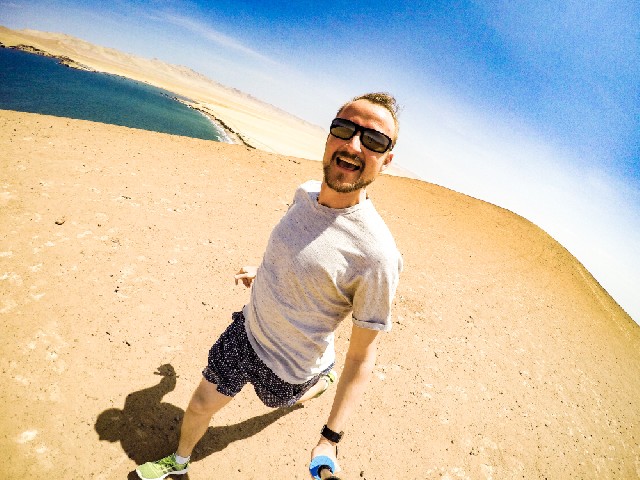 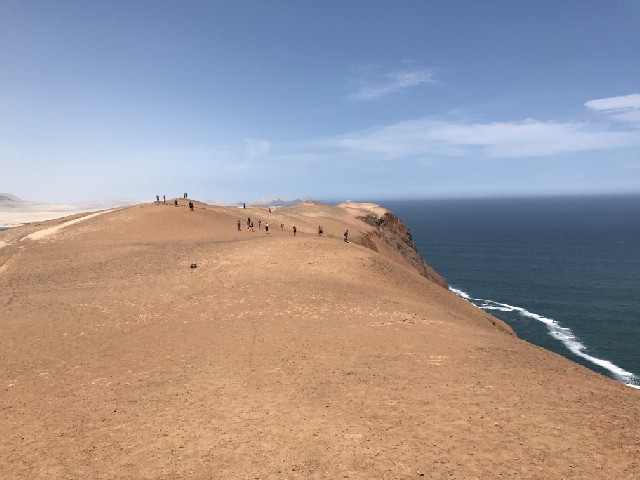 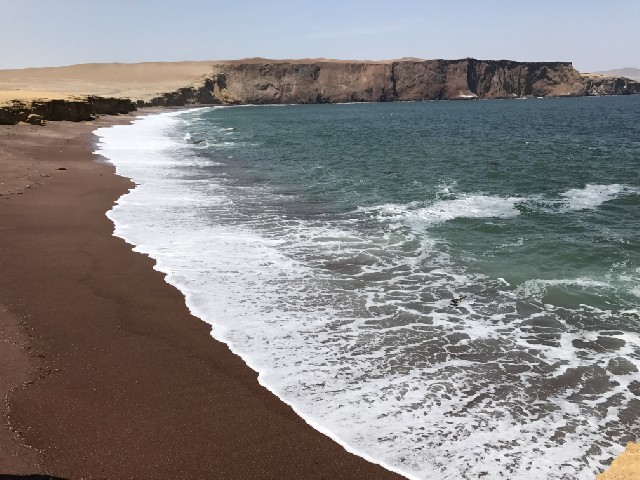 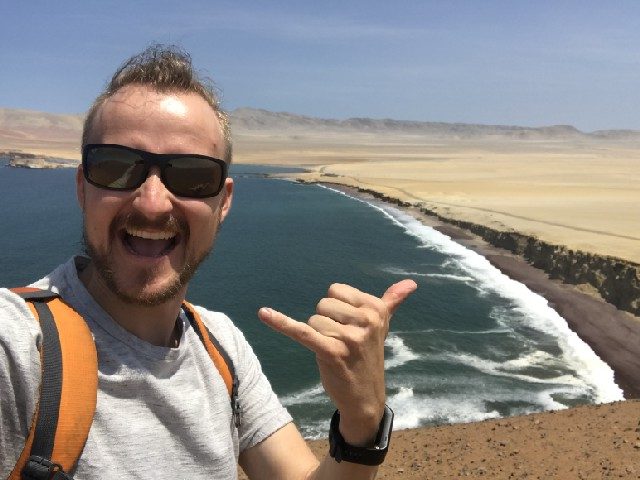 One day chilling in Paracas and walking along the beach followed: 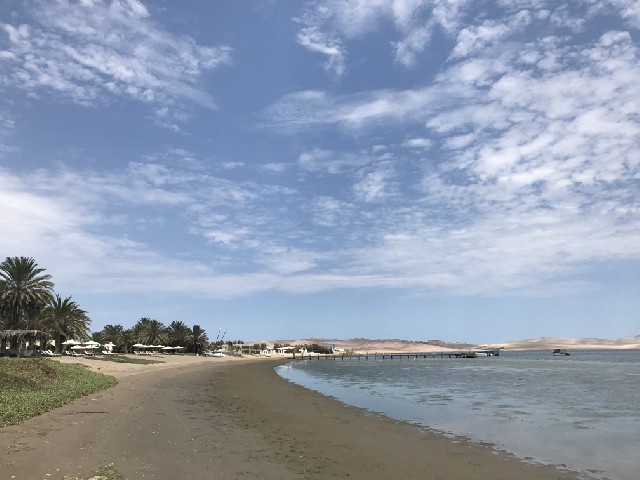 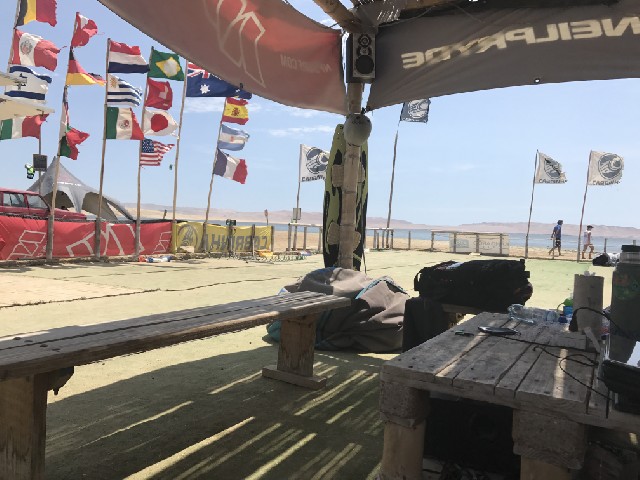 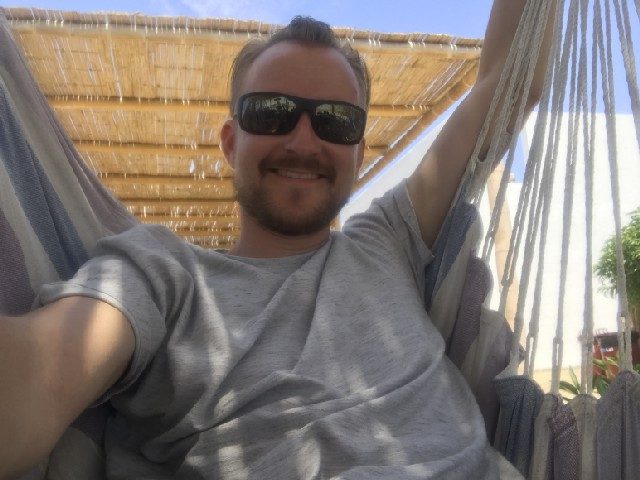 In the evening, I was walking this promenade in Paracas and realized, this doesn’t feel quite the same than walking one of the promenades in Italy or Croatia. It feels empty here and there is no feeling of relief. To me, it appears to be a place of low charisma, I have to say. Walking the beach promenade just doesn’t feel like holiday. It’s artificial, the beach is dirty and, well, it’s just missing the Italian way of Pizza smell in the air and a glass of good red wine on your red-white covered table. Instead, you are supposed to watch your belongings and hide from people trying to sell their tours and their stuff as well as offering their restaurant to be the most delicious one (…OK, the latter is the Italian way too. Haha.) It’s not bad here, it’s just different and not my personal preference. I met Julia, who studied at my university in Augsburg, and her friend at the promenade for some evening small talk and some dinner and drinks, which was nice. At 20.00 p.m., I went off to Lima with Peru Hop.